The 70th Formula 1 World Championship season is about to get underway at Australia's Albert Park circuit, which has already hosted the first race of the year 21 times.

The race on Sunday 17 March will be the 35th Australian Grand Prix, the 24th held in Melbourne, which became the venue after Adelaide had been the host city from 1985 to 1995.

Nine wins. Scuderia Ferrari has nine Australian wins to its name, the first courtesy of Gerhard Berger in Adelaide, in 1987 and the most recent, last year with Sebastian Vettel. In addition, Ferrari drivers have stood on the podium a further 16 times, with eight second places and the same number of thirds. Also on the results sheet, six pole positions and nine fastest race laps.

Three DRS zones. The track is 5.303 kilometres long with 16 corners and is tackled 58 times on Sunday. Because it is a street circuit, the track surface evolves considerably as the cars put down more rubber on the tarmac. There are three DRS zones.

Sebastian Vettel: "I feel Melbourne is the perfect place to start the championship. There's an enjoyable atmosphere and the people are nice and welcoming. However, the circuit itself is very unusual and you have to get attuned to the track: you have to remember the lines precisely and it's not always easy to spot the breaking point and, on top of that, the track surface is usually bumpy. But we drivers like it and if we were asked if we wanted it resurfaced, we would probably say no, because that's what makes it unique. I've got great memories of this track. Of course, the best are those from the past two seasons, as we won both times, but I also have fond memories of my first podium with Ferrari in 2015 here, on my debut with the Scuderia." 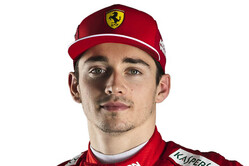 Charles Leclerc: "Obviously this will be a very special race for me, being my debut with Ferrari and that will make this Australian GP unique. I've already got good memories of Melbourne, because Albert Park was where I made my Formula 1 debut last year. I am pleased with the way testing went and I can't wait to get out on track, as it's on the race weekend that we have to reap the rewards for all the winter work, by getting a good result. The track is unusual, because it's a street circuit, but with the characteristics of a permanent track, with wide run-off areas and reasonably high speeds. It's nice coming to Melbourne, as the city and the people are special. You can feel Australia has a different culture and the atmosphere is very enjoyable."

Mattia Binotto: "The race that marks the start of the season is always significant, and this year even more so because Scuderia Ferrari is celebrating its 90th birthday in 2019. We are very happy to have a couple of extraordinary drivers like Sebastian and Charles. After the winter tests, the whole team wants to get out on track to compete with opponents who we know are very, very strong. We are heading into the first of a long series of stages, and our task is to try to cause problems to rivals who proved stronger last year. It will be a demanding season. It is important to start well, aware that we have 21 rounds of equal importance ahead of us. The championship ends in December so every point can be valuable."