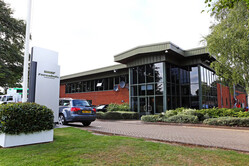 Having consistently punched well above its weight, there is every reason to believe that with a bit more cash in hand, Force India could have done even better.

However, the financial issues facing the Silverstone-based outfit finally came to a head in the summer and as a result the team was placed in administration.

Step forward Canadian billionaire Lawrence Stroll, who, as head of a consortium of similarly wealthy businessmen and entrepreneurs, bought the ailing team.

The debts paid, the team is currently in the process of a significant restructuring that will include a new factory and increased headcount.

With the sport's powers-that-be aiming to introduce a budget cap and divide the prize money more evenly, with the intention of levelling the playing field, Stroll believes this will work to his advantage.

"It's no secret there's going to be some sort of a budget cap and better cash distribution to the smaller teams," he adds. "That is still to be clarified how well that works out, but there are all the right rumblings, and I've had enough conversations with Chase to understand that is the direction they want and need to take the business. For me, that spells financial opportunity, and looking at 2021 onwards, a profitable business opportunity.

"With the right funding, the right leadership, the right motivation, there's no reason we shouldn't have high expectations and be able to punch even higher above our weight, to hopefully be fighting for that third place," he insists.

A keen F1 fan, Stroll would do well to study the recent history of the sport, for only a few years ago, three new teams entered the sport, encouraged by the promise of budget caps and a more equal playing field... all three have long since disappeared.