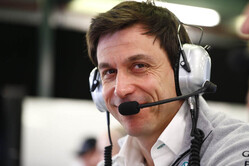 For some years, race organisers have been voicing their unease - to put it mildly - with the ever increasing fees they are charged for hosting a round of the Formula One World Championship.

With European promoters struggling to meet the financial demands and falling by the wayside, Bernie Ecclestone took the sport into new regions where governments - keen to be part of the show and promote themselves as tourist friendly nations - were only too keen to sign on the dotted line and hand over their cash.

But soon they too began to fall by the wayside, the likes of India and Korea giving up the ghost after just a couple of years, while Malaysia, one of those early crown jewels soon cried "enough".

In the meantime, tired of the ever increasing fees and various other demands and restrictions imposed by FOM, the Formula One Promoters Association (FOPA) was formed, though like the so-called drivers' union, the Grand Prix Drivers' Association (GPDA), it has never shown its teeth.

Yet now, after just a couple of years, promoters in Azerbaijan are seeking a revision of their deal, warning that unless fees are reduced the current contract will not be extended.

The warning comes at a time Silverstone has just two more races, 2018 and 2019, before its contract ends, its owners the British Racing Drivers' Club pulling the plug last year, while Germany only hosts a race on a Biennial basis.

Fearing that more promoters may opt to pull the plug, Mercedes boss Toto Wolff has warned that the sport needs to focus more on other revenue streams, insisting that current race hosting fees are simply not sustainable.

"Sanction fees were one of the three key revenue generators in the old Bernie Formula One business model," he said. "And he was exceptional at these deals.

"I am not sure that is sustainable," he admitted. "It is clear that when there is a change of regime, people and promoters will negotiate and try to restructure the business model.

"Bernie was squeezing the last cent out for the benefit of the shareholders and the teams but it left certain promoters in a very difficult economic situation."

As a result, F1 is looking at other revenue streams, most notably its digital strategy, and Wolff understands that if hosting fees are to be reduced, and the teams maintain the income levels they have grown used to, the sport's new owners must look at all available sources of income.

"It is clear that maybe that one pillar (hosting fees) is going to be difficult to maintain on the levels we have seen before," he said. "We have to grow in other areas, we have to grow broadcast deals and digital revenue and monetise alternative revenue streams."

While FOM has shown no sign of looking to cut hosting fees, the much anticipated race in Miami could prove the blueprint for the sport as it moves forward.

Rather than charging the city a hosting fee, F1 is understood to be looking to a revenue share deal with Stephen Ross, billionaire owner of the Miami Dolphins NFL team.

While the City of Miami would provide value-in-kind services including civil works, police and fire personnel, support for customs clearances, permit fee waivers and solid waste management services, not to mention the "consent to the use of City owned lands" and "provide the consents, approvals, permits and entitlements" to "facilitate Event Parties' efforts to obtain Consents from other government and quasi-governmental agencies and entities", F1 and Ross would cover the costs connected to the race, such as filming, freight, hospitality, staff and travel.

If such a scheme works in Miami, it could well be applied to other events, especially if F1 realises its dream of taking some races away from traditional purpose built race tracks and into the heart of destination cities.

However, all of this would surely impact on the teams who receive 68% of the sport's underlying profits in prize money.

Already taking a hit as a result of Liberty Media's profligacy, including a new London HQ, a vastly increased workforce, that new theme tune and logo, not to mention the Michael Buffer nonsense and Ross Brawn's technical team, Toto and fiends are unlikely to be happy if told that race hosting fees are to be reduced or, worse, the sport itself is to turn race promoter.