Mercedes "thrown under bus" by FIA 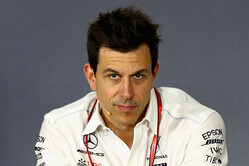 Mercedes boss Toto Wolff has accused the FIA of throwing his team under a bus, after Charlie Whiting revealed the source of the claims that led to the investigation of Ferrari's engine recovery system.

Speaking shortly after the race yesterday, Lewis Hamilton, when asked about the championship fight, suggested that it might yet be impacted by the investigation into the legality of Ferrari's engine recovery system. However, the Briton, who had previously claimed that the Monaco race was the most boring of his career, was then informed that the investigation was over and the Italian team had been cleared.

Speaking later however, Toto Wolff admitted unease at the fact that in announcing that Ferrari had been cleared, FIA race director, Charlie Whiting, had named the men behind the initial claim.

According to Whiting, Mercedes technical boss, James Allison, had been informed by an engine man recently recruited by the German team from its Italian rivals.

A number of media outlets - including the Daily Mail, which for once omitted to reveal the value of the subject's home - named said engine man and Wolff wasn't happy.

Asked if he felt Mercedes had been thrown under a bus by the FIA, the Austrian replied: "Yes!".

"One of my roles is to protect my people and if they are named it is disturbing," he added."

The Austrian also claimed that the FIA's version of events were not correct.

"Some of the things that were said were cherry-picked," he said.

"The FIA has made a public statement and as the governing body they are entitled to do that. No judgement has been made on anything. No protest. No investigation launched. No verdict. We trust them.

"The normal modus operandi is that teams ask about issues every single day and that is what has happened in this instance.

"I think it's not important to put it out that this person has questioned a legality topic," he added. "If you say a certain team has done that, then it is perfectly fine, that is modus operandi. Picking out individuals isn't the right thing."

Suspicion over the legality of Ferrari's ERS first arose in China, following Ferrari's second successive front-row lock-out, Mercedes and Red Bull subsequently suggesting that the Maranello system was delivering more than the permitted 120kw from the MGU-K.

Despite the claims, and the subsequent investigation, Wolff insists that it was nothing personal.

"It is like rugby," he said. "You scrum but then have a beer together afterwards."

Speaking to Sky Sports ahead of the race, Whiting explained: "This happens quite a lot. We did and we have always been looking at data to make sure cars are not using more power than they should be. In this particular case, the data looked a little unusual, it was very difficult to explain. But Ferrari use a different energy store to anybody else, and it's much more complex so it took us a little while to work our way through it to explain the anomalies.

"The main point is that the team is responsible for satisfying us that their car complies," he continued. "We failed to be satisfied, we didn't really have enough to go to the stewards with and say the car doesn't comply, but we just worked through it with Ferrari as we have with other teams.

"They've made a few changes to the software to the car and now we've looked at that and seen how the car ran on the first day of practice we were entirely satisfied."