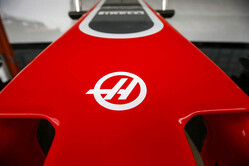 The fifth round of the 2018 FIA Formula One World Championship began with practice Friday at Circuit de Barcelona - Catalunya as teams prepared for the Spanish Grand Prix on Sunday.

Haas F1 Team drivers Romain Grosjean and Kevin Magnussen ran identical programs in FP1 - an installation lap on Pirelli P Zero White medium tires followed by a baseline stint on that same set of mediums. Yellow soft tires were used to complete the session, with each driver making two runs, staying on their respective sets of softs for both.

Grosjean and Magnussen increased their pace in FP2. Grosjean ended the session as the seventh-quickest driver. His time of 1:19.579 was .327 of a second better than his best lap in FP1. Even more impressive was that it came with limited track time, as Grosjean spun into the gravel at turn seven approximately 10 minutes into FP2. Despite missing nearly 40 minutes of running, Grosjean made the most of his return to the track, logging a total of 24 laps and scoring his fast time on his 11th tour.

Magnussen followed right behind his teammate as the eighth-fastest driver. He knocked .994 of a second from his FP1 time with a lap of 1:19.643. His quick time came on the 14th of his 39 laps.

The two drivers earned their fast laps while carrying out different programs. Grosjean began the session on mediums where he ran four laps before the excursion into the gravel. He returned to the track on Red supersofts, running two stints on the softest tire made available by Pirelli for the Spanish Grand Prix. Magnussen started FP2 on softs, running two stints before switching to supersofts, where he performed two more stints. Magnussen culminated his FP2 running with a 13-lap drive on softs. Both Haas F1 Team drivers earned their quick times in FP2 on supersofts.

Romain Grosjean: "It was an okay day. It was pretty good in terms of performance and classification. It was tricky with the wind, but we've been working with different setups - some are more positive, others a bit trickier. Generally, the car feels pretty good. I'm hopeful we're going to make it even better for tomorrow and be able to go a bit faster. We're looking into what we can do, and we've got some ideas. We tried some things that we've never tried before - they worked in some aspects, but not in others. We'll change those and make sure the car's a bit easier on the entry into the corners to be able to push a bit more."

Kevin Magnussen: "Good day today. Happy about the car performance. A few things to improve tomorrow but, generally, I think we are looking quite strong."

Guenther Steiner: "We had two good sessions, but not completely trouble-free. Romain went off at the beginning of FP2, but we recovered the car and we got it ready to go out again. Everyone did a fantastic job. We've learned a lot and now we're ready for tomorrow."