New rules will require a change of plan, admits Haas 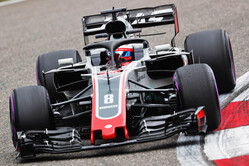 Following the approval of a number of regulation changes for 2019 aimed at improving overtaking, Haas team boss Guenther Steiner admits that his team will now need to change its plans.

The changes, which follow the lack of overtakes during the season opening Australian Grand Prix, include simplified front brake ducts with no winglets and a wider and deeper rear wing to accentuate DRS usage.

Asked how this late change affects the team's planning, the Italian admits:

"I don't have the perfect answer for that one. Now that they're throwing in this new aero regulation for 2019, we maybe need to change our plan. Those decisions will be made in the next week.

"The original plan was to develop this car better, because it could be an evolution for next year," he continues. "Now, with these new aero regulations thrown in, maybe we have to change the plan.

"At the moment, I still have to speak to the guys back in Italy to see how we do best," he adds. "We haven't had time to talk it through yet and see how we do it best.

"For small teams like us, it is not an advantage to get a new technical regulation for next year so late. We will do our best, but it will not be easy."

According to Auto Motor und Sport, the front wing will feature just 5 profiles and with bigger span (+10cm), while the rear wing will be 10cm wider and its height increased by 2cm). The DRS slot will be increased by 65mm to 85mm, while blown front axles are banned.