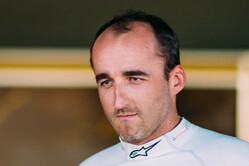 Williams has been forced to issue a statement following reports in the Polish media that it has signed Robert Kubica to partner Lance Stroll next season.

"Although conversations are ongoing with Kubica, it is still yet to be finally decided who will replace Massa," said the Grove outfit in a brief statement.

"We will make an announcement when we have something to announce but nothing is planned this weekend in Abu Dhabi."

Having driven a 2014 at Silverstone and then in a shoot-out with Paul di Resta, his main rival for the vacant seat, in Hungary, Kubica is due to drive the 2017 car in next week's post Abu Dhabi GP test.

The team has consistently said that it is in no rush to make a decision, and while some believe the announcement will come before the end of the year, the elimination process, which is said to also feature Pascal Wehrlein and Daniil Kvyat, could continue into next year.