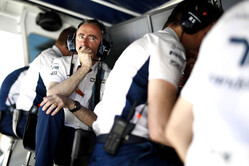 The impending row over prize money will make the weekend's spat between Renault and Toro Rosso appear like a tea party at the Ritz, for when teams are told they are not only going to lose their various bonuses but that that the basic split will more equal also, the gloves will be well and truly off.

Red Bull's Christian Horner sums it up best, almost paraphrasing George Orwell's Animal Farm as he says he will be delighted to see the likes of Sauber, Force India and Haas receive more money, ‘just don't expect to use our cut to fund it’.

Of course, the desire to level the playing field is at the very heart of Liberty Media's vision for the sport, a dream that one day we might see the likes of Sauber or Toro Rosso winning the occasional race and even if that isn't possible at least regularly scoring points.

The American company believes the key to this is to not only cap the amount of money teams are allowed to spend, even to the point of dictating where they spend it, but also ensuring that the prize pot is more evenly divided. Again, turning to Mr Orwell, we all know how that turned out.

While Ferrari president, Sergio Marchionne, has used the proposed engine rules as cover as he fired his first warning shot across Liberty's bows, three-time world champion and owner of 10% of the Mercedes team, Niki Lauda, has admitted serious concern at Liberty's plans.

At the other end of the pitlane, the arguments are just as heartfelt and convincing, though in favour of Liberty's vision rather than against it.

"Look at the gap between the teams," Paddy Lowe tells The Guardian. "It is like the Premier League and the Championship. There are two completely different races going on.

"I am not one to moan or give up," he continues. "We hope to make significant inroads at Williams into the two-second gap between the leaders and the rest, based on being extremely efficient without resources.

"But it is not about engines," he insists. "It is nothing to do with engines, those leading cars all have three different engines. The big problem in the sport in terms of making a wider range of competitive cars at the front is not about engines. It is about the huge disparity in the funding made available to some teams against others. Everybody knows that, not least the owners of Formula One."

While one accepts that Lowe has a point, one has to wonder why, much like another fierce critic of the disparity - and the man charged with actually doing something about it - Ross Brawn, neither made such demands for change when they were with the likes of Mercedes and Ferrari, enjoying the dominance that only the sport's Premier League teams can enjoy.