Late penalties for Hartley and Ricciardo 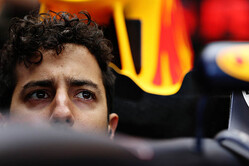 The Faenza outfit has changed the Internal Combustion Engine, Turbocharger and MGU-H on Hartley's car following the failure which saw him sidelined at the start of Q2.

Though teammate Pierre Gasly played no part in qualifying following his own engine failure in FP3, things were looking good for Hartley.

"We went into qualifying with good expectations," said chief race engineer, Jonathan Eddolls, "and I think he showed that the car was very capable, especially in Q1.

"In Q2 he was building on that even further and it was looking like we were going to challenge or potentially be in front of the Williams, but then unfortunately another turbo failure on the PU side cut his qualifying short."

"Today was a little bit frustrating!" admitted Hartley. "I’m a bit disappointed as I didn’t get to put everything on the line and I think we had a chance to be fairly up the pack; to be ahead of the Williams was definitely on the cards today.

"Braking into Turn 1 in Q2 I felt like it was spot on and I was pumped up for the lap, when the engine went bang… I don’t know what happened!

"My confidence has been building all the time, lap after lap," he beamed, "and I was really looking forward to Q2 to really give it a crack.

"I’m feeling better and better in the car and, if Austin was a tough ask, I’ve come here a lot more prepared… that’s for sure. Mexico’s a track I really enjoy and I will give it all tomorrow to have the best possible race!"

Meanwhile, the fears that have hung over Ricciardo's side of the garage all weekend, proved correct when Red Bull revealed that it had decided to change the engine on the Australian's car.

In addition to a new Internal Combustion Engine, the Australian will take on a new Turbocharger and MGU-H. Like Hartley, Ricciardo incurs a 20-place drop.

Ahead of the weekend there was talk of changing the engine in Ricciardo's car, with an eye on providing him with penalty free outings in Brazil and Abu Dhabi. However, Red Bull then appeared to change its mind, though limiting him strictly on mileage.

While teammate Max Verstappen came within 0.096s of taking pole on Saturday, the Australian struggled for grip in a session which left him "confused... annoyed... helpless."