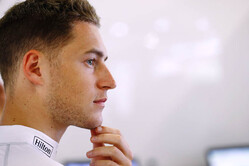 Though the various issues surrounding his McLaren-Honda package meant that Stoffel Vandoorne was only able to qualify 15th for his home race in Belgium last weekend, grid penalties as a result of numerous additional components meant he started from the back of the grid.

Indeed, with a total of 65 grid places forfeited he should have started even further back, hence the numerous jokes at the driver's, team's and sport's expense.

Not only have the grid penalties made the sport a laughing stock, especially when drivers are hit with demotions, like Vandoorne's, that far exceed the number of places on the grid, it is widely seen as unfair that the driver is punished for the shortcomings of his team... or engine supplier.

F1's new sporting boss, Ross Brawn, like most fans, absolutely loathes the penalty system, and admits that getting rid of it is high on his 'to do' list.

"I hate the fact that we're having to affect the racing because of the technical issues," he told Motorsport.com. "I know you can say if a car breaks down in a race that's a technical issue and you've affected the race, but I think the fans understand that. For a fan to stomach that his hero is on the back of the grid because he had to change the engine, that's not great sport.

"We've got to find a solution to that," he admitted, "either through a different form of penalty or to remove the penalty altogether and just live with the problem that it was trying to fix."

"We are working with the FIA to try and see if there is a better solution in the future," he revealed, "and certainly hope with a new engine and new rules we'll definitely have a better solution."

However, with no alternative and the FIA keen to continue limiting engine, components and spending, it could be 2021, when the new engine formula comes in, before changes are made.

"Maybe we'll be able to implement a better solution before then," said Brawn, "because it's a massively unpopular aspect of Formula 1 at the moment."

Another unpopular aspect of the sport, as far as fans are concerned, is DRS, and once again, Brawn is seeking an alternative.

"It's a compromise," he says. "I think we have it, and what we should do is find a better solution, because it is an enhancement to aid overtaking, and what we really want is the cars to be able to slipstream one another properly and overtake.

"So for me the solution, which we've now started a program on, is to develop the cars, design the cars, so that they can race each other in close proximity.

"A current Formula 1 car is totally optimised around running by itself. The teams, when they go in the wind tunnel and create their CFD programmes to develop the car, it's all done in isolation. So when you put another car around it, the car doesn't work as well. What we are working on is generating the capacity to look at cars that are racing each other in close proximity, and what sort of designs we need to enable that to happen. I think when we do that, which is our ambition for 2021, then we will have cars that don't need DRS.

"There may be other solutions that are needed to achieve that," he added, "but they won't have the artificiality of DRS. Because it is mixed opinion.

"I think fans want to see a great overtaking manoeuvre, they don't want to see a push-the-button overtake and get back in and carry on."

With all due respect, Brawn, more than anyone else, knows that a quick fix in terms of overtaking could be implemented long before 2021, and it would also reduce spending.

All that is needed is to focus on the aero rules and bring to an end the ever more complicated devices that teams are running front and rear and which are ruining the racing.

If the sport does indeed wait until 2021 the fans might have found other ways to spend their Sundays.