Sauber to use McLaren transmission 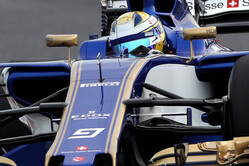 Following weeks of speculation, hours ahead of Sunday's Russian Grand Prix, Sauber finally announced that it is to use Honda power units in 2018.

Since entering the sport in 1993, the Swiss team has used Ilmor, Mercedes, BMW and Ferrari engines, the Petronas units used between 1997 and 2005 Ferrari units badges as Petronas.

Bought by BMW ahead of the 2006 season, from that point on the team's transmissions were built by BMW until 2010 when the German manufacturer withdrew from the sport and Sauber switched back to Ferrari.

While the Swiss outfit currently pays around £17m ($21.8m) for its Ferrari power units, the supply from Honda will be significantly cheaper. Furthermore, at a time many are poo-pooing the move, Honda insists that having two teams supplying data will greatly aid the process as it seeks to improve performance and reliability.

One stumbling block to the Honda deal, which has apparently been on the table for the last two months, was the question of transmission supply, particularly if McLaren were to part ways with the Japanese manufacturer.

However, Auto Motor und Sport claims that a deal has been agreed which will see McLaren supply gearboxes even if it does find an alternative engine supply, though the Woking outfit and Honda insist that this will not happen.