Williams to reveal 2017 line-up next week 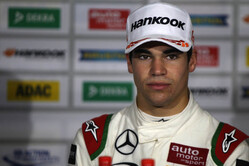 Williams will confirm its 2017 driver line-up at a press conference at Grove next week.

With Valtteri Bottas now expected to be retained for a fifth season, all eyes are on who will partner him.

Barring a major volte-face from the British outfit it is widely expected that newly crowned European F3 champion Lance Stroll will get the gig.

The youngster turns 18 on Saturday and it is understood that the team is unable to confirm his drive before then due to the fact that title sponsor is Martini.

With Toro Rosso having confirmed its line-up last week, once Williams has named its drivers there will still be eight seats vacant, the main ones being the second seats at both Force India and Renault.

The Grove team is due to announce its driver pairing on Thursday.