Bottas: We can do better than this 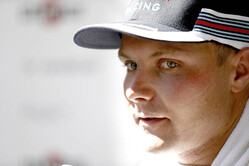 Valtteri Bottas admits that he and his team have fallen short of expectations this year.

Looking likely to finish fifth in this year's standings, behind the much lesser funded Force India, Williams two seasons of finishing third in the team standings seem a distant memory, the Grove outfit a shadow of its former self.

His teammate opting for retirement and his own plans still in doubt, many linking the Finn with a move to Renault, Valtteri Bottas admits that the team has not delivered this year.

"Williams can do better than this season," he told reporters in Austin. "Two years ago it was a lot better. We have definitely not maximised our potential.

"The facilities the team has, they are good to fight the works team," he continued. We can do a lot better than this, but we will see.

"We've struggled a bit in the last couple of races with pure pace and obviously the team has focused a lot on next year's car," he admitted.

Asked about his own plans for 2017, the Finn was giving little away.

"We need to wait a little bit to get things confirmed on what is going to happen next year," he said. "I've had great time with the team and had some good results, but I feel like there could be more still to achieve together, so let's wait and see."