Vasseur: Hulkenberg a leader and motivator 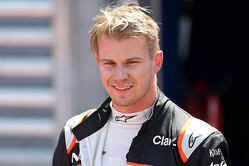 Throughout its numerous stints in Formula One, Renault has employed a number of gifted drivers, men like Jean-Pierre Jabouille, Alain Prost, Rene Arnoux and Fernando Alonso, immediately springing to mind.

Following a difficult first season on its return to the sport, the French team looks likely to drop both of its current drivers indeed there is talk of signing Valtteri Bottas to partner Nico Hulkenberg, for many a line-up of dream team proportions.

While the identity of the team's second driver has yet to be revealed, team boss Fred Vasseur is quite clear as to why Hulkenberg had to be on board.

"Nico is one of the drivers that has really made his mark," said the Frenchman, "with, in particular a GP2 title in his first year in the series. Only three drivers have done this so far: Nico, Nico Rosberg and Lewis Hamilton.

"He has succeeded in everything in his career to date, including Le Mans," he continued. "He is also a real leader and able to motivate a team and take the troops with him.

"He has a lot of experience and is very fast; that is very important for us in this stage of our development. From a technical perspective, an experienced and conscientious driver can give precious feedback as well as knowing exactly what they want from the car. This allows the team to work fast and efficiently. We are really happy to have him with us."