Force India and Toro Rosso to try Halo at Spa 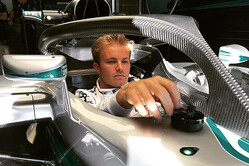 Following the news that Nico Rosberg is set to try the device on his Mercedes in the opening practice session, it is understood that countryman Nico Hulkenberg will have the device on his Force India as will one of the Toro Rosso drivers.

Last month it was announced that the introduction of the device in 2017 had been scrapped even though, just a week earlier, the FIA had gone out of its way to convince the drivers that it was the way to go, a graphic presentation having convinced several former high-profile sceptics.

Though an exact agenda for its introduction has not been announced, the FIA made it clear that it wanted to see all the team and drivers trial the device over the coming months, thus far only Ferrari and Red Bull have run it.