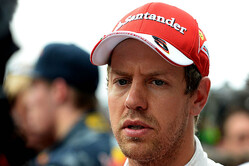 Sebastian Vettel has been hit with a grid penalty after Ferrari opted to change his gearbox.

There was talk on Thursday that the Italian team was looking to change the unit, having found metal filings in it, but instead the Maranello outfit opted to wait and see.

The team eventually decided to change the unit, even though there had been no sign of an issue in Baku where Vettel finished second.

The decision was confirmed by the FIA following today's sessions, the German having spun out of the second following a brake bias issue.

Because Vettel finished the race in Baku and the gearbox change was before six consecutive events had expired, therefore not in compliance with Article 23.6a of the 2016 Sporting Regulations, the German received a five-place penalty for Sunday's race.