The way forward for Bernie Ecclestone 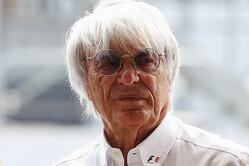 The bribery trial against Bernie Ecclestone takes a two week break for the summer at the end of today. It makes a good time to take stock and analyse what the likely outcome may be and where Ecclestone goes from here. This is easier said than done as the clearest conclusion which can be drawn from the proceedings so far is that we don't know much more than we did already.

Let's start with a recap of how we got here. German prosecutors have accused Ecclestone and his Bambino family trust with paying a £26m ($44m) bribe to Gerhard Gribkowsky, a former executive at state-owned German bank BayernLB which owned a 47.2% stake in F1. German prosecutors believe that Ecclestone paid the money to steer the sale of the F1 stake to its current owner the private equity firm CVC as it had agreed to retain him as the boss of the sport.

CVC took over F1 in 2006 and just under five years later the German authorities found out about the payment to Gribkowsky which he had not disclosed to BayernLB. In 2012 a Munich court ruled that he had received a bribe and sentenced him to eight and a half years in prison. This spurred the prosecutors to charge Ecclestone with paying it and the trial against him began at the end of April.

Adding to Ecclestone's woes is the fact that as Gribkowsky was a board member of a state-owned company he had the status of a public official in Germany. Bribing public officials is a particularly serious crime in itself and although cases typically concern payments made to policemen or politicians it equally applies to bankers in the same position.

Ecclestone denies paying a bribe and says Gribkowsky suggested that if the £26m was not paid he would tell the UK tax authorities that Ecclestone controlled Bambino.

The trust has raised £2.4bn from selling stakes in F1 but no tax has been paid on the money. This is because Bambino is located offshore but, in contrast, Ecclestone is a UK taxpayer. Accordingly, if he was found to be connected to the trust he would have to pay 40% tax on its assets. He strongly denies that he has ever controlled the trust and says he paid Gribkowsky, even though his allegations were unfounded, because if they had been reported to the tax authorities it would have triggered a lengthy and costly investigation.

Ecclestone's trial began with a flurry of media reports but interest has dropped sharply since then as it has become clear that the witness stand has been little more than a revolving door for faceless bankers and bureaucrats. Anyone expecting F1's most famous faces to give evidence will be sorely mistaken. Ecclestone's closest confidantes, Flavio Briatore and Max Mosley, are not scheduled to testify and even his ex-wife Slavica, who was well-acquainted with Gribkowsky, will not be there. Instead, this week's highlight is Kurt Faltlhauser, former deputy chairman of BayernLB's supervisory board who is hardly a household name.

Crucially, the court hasn't been presented with a smoking gun which could be traced back to Ecclestone. Quite the opposite in fact.

No conclusive evidence has so far come to light proving that Ecclestone did in fact pay a bribe. The prosecutors' case hinges on Gribkowsky himself who confessed to receiving a bribe when he was on trial in 2012. Ecclestone claims that Gribkowsky fabricated the confession in order to reduce his sentence and it could be said that his testimony lacks credibility as he is a convicted criminal.

Even Gribkowsky seemed to do a U-Turn on his own story when he gave evidence. When asked why he received the £26m Gribkowsky said "I never asked myself that question. I'm still annoyed with myself for that today." It is tough to see how the payment could have been a bribe to steer the sale of F1 to CVC if Gribkowsky himself did not know why he received the money.

Standing against the theory that the payment was a bribe is the fact that the prosecutors admit Gribkowsky did not actually have the power to approve the sale to CVC. This decision could only be made by a majority of BayernLB board members and Ecclestone has not been charged with bribing them. As Pitpass () pointed out on 28 June, if Gribkowsky did not have the power to steer the sale to CVC then how could Ecclestone have bribed him to do this?

Perhaps the most well-known witness in the trial so far has been CVC co-founder Donald Mackenzie. On 9 July he told the court that Ecclestone laughed off CVC's original £590.9m ($1bn) valuation of F1 and instead persuaded it to double the amount it paid. It was further evidence against bribery as it showed that rather than smoothing the way for CVC Ecclestone drove a hard bargain. If you think this sounds familiar you wouldn't be wrong. It was all reported 11 days earlier in our article which was based on the indictment against Ecclestone rather than court testimony.

Yesterday excitement was triggered by comments from Ecclestone which were reported by a few outlets because it was the first time that he had spoken in court during the trial. He didn't pick his moment to come out with something sensational but simply reiterated that he paid Gribkowsky to keep quiet and therefore "it was the cheapest insurance policy I have ever seen."

The wording is almost identical to Ecclestone's comments in court in November last year when he was sued in England by German media rights firm Constantin Medien. It claimed to have lost out through the sale to CVC as it had an agreement with BayernLB which entitled it to 10% of the proceeds if its F1 stake sold for more than £650m ($1.1bn). CVC paid BayernLB £481m ($814m) so Constantin missed out on a payment and it argued that if the sale had not been engineered other buyers would have come forward with a higher offer.

Ecclestone won the case as the judge ruled that he didn't undervalue F1 through the sale to CVC so what does he have to prove in order to win in Germany? It could come down to whether he knew that Gribkowsky was a public official.