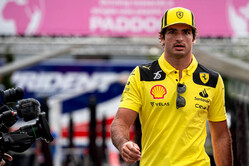 While it was known that Lewis Hamilton would likely start from the back of Sunday's grid after taking on a new power unit after his Spa unit was deemed beyond repair, several more drivers now face penalties.

Though Hamilton will start from the back of the grid, Yuki Tsunoda drops 10 places after receiving his fifth reprimand of the season last weekend at Zandvoort.

With that in mind, AlphaTauri opted to add another internal combustion engine (ICE), turbocharger, MGU-H and MGU-K to his pool, thereby incurring further grid drops.

Verstappen has taken his fifth ICE of the season, while teammate Sergio Perez takes on his fourth.

Valtteri Bottas takes his sixth ICE of the year, along with a new turbocharger and MGU-H.

With further penalties expected tomorrow, as drivers opt to take on new parts at a track where overtaking is possible, as opposed to Singapore and Suzuka which follow, Sunday's grid is likely to look as different to the qualifying order as it did at Spa.