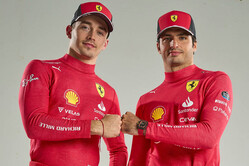 The Formula 1 World Championship returns to Europe after the back-to-back races in Azerbaijan and Canada, to tackle a series of real classic races, starting with the British Grand Prix at Silverstone, where the Formula 1 World Championship began 72 years ago. The circuit is based on the layout of three runways at what was once a World War II aerodrome and it has staged the British Grand Prix 55 times. Along with the Italian Grand Prix, it is the only event to have always featured on the calendar. In 2020, Silverstone was also one of two circuits to host two races, one of them being the 70th Anniversary GP. Over the years, the track has undergone several modifications, going from a somewhat square shaped layout to one incorporating a variety of different corner types, while always remaining a very fast and tricky track. Copse, originally the first corner after the start and the high speed esses made up of the Maggotts-Becketts-Chapel sequence are still firm favourites with all the drivers. The last radical change to the layout came in 2010 when the section after Abbey corner was changed and the start-finish line was moved to after Club corner.

Silverstone is traditionally tough on tyres, with a very abrasive asphalt track surface and several high speed corners that subject the tyres to substantial lateral forces. On top of this, the cars are usually run with a high level of aerodynamic downforce to deal with these quick corners and that all adds to the stress on the tyres, with a risk of wear and overheating. The brakes however are only used for 8% of the lap and are therefore not a cause for much concern. In the corners, the lateral acceleration can get up to 5g, which makes itself felt on the driver's neck.

Describe the characteristics of the Silverstone track?
RJ: "Silverstone is a very technical and high-speed circuit characterised by quick changes of direction, such as the famous Maggotts-Becketts-Chapel sequence of corners which are some of the fastest on the F1 calendar. This fast-flowing nature with a lack of many slow speed corners means it is one of the least demanding circuits for brakes. However, being located in the middle of the English countryside, the track is quite flat with little elevation change but is very open and exposed so the wind often plays a role in affecting the balance of the cars around the lap. The newly resurfaced tarmac is now 3 years old and is smooth with high grip which means drivers can push their cars to the maximum".

From a strategy point of view, with what kind of challenges will the British GP present us?
RJ: "Because of its fast flowing nature, Pirelli have brought their hardest tyres to Silverstone with the C1, C2 and C3 compounds. Nonetheless, we expect tyre degradation to play an important role in determining how many stops there will be on Sunday. With a unique pit entry that cuts out the last couple of corners, the time lost for a pitstop is quite short and, coupled with two DRS zones, overtaking is possible so we expect to see some different strategies at play on Sunday. The British summer is also famous for some capricious weather, with it not being uncommon to see rain, sunshine and everything in between during a weekend! Teams and strategists have to be on their toes to react to any type of weather".

You're a young British engineer working for an iconic Italian team. What is that like, in general and specifically for this weekend?
RJ: "I am proud to work for Scuderia Ferrari, an iconic Italian team, but also a place where many nationalities work together to represent the Cavallino Rampante all over the world. As a young British engineer, coming back to Silverstone is always special as it is the place that I first saw a Formula 1 car in person many years ago. There is a rich history of British people working for Ferrari: in fact, the first British world champion, Mike Hawthorn, won the crown in 1958 driving for the Scuderia, and I am proud to add my name to that long list of drivers and engineers. And suffice to say that I would be very happy to hear the Italian anthem ring out over the podium come Sunday afternoon!".

Ferrari at the British GP

1. The number of British Grands Prix attended by a reigning British monarch. It happened just the once in 1950, at what was the first Formula 1 World Championship race, here at Silverstone when King George VI was in the royal box. While other members of the royal family have attended events since then, the current Queen Elizabeth never has.

8. The minimum age at which one can race karts in Great Britain, although there is no restriction as to when you can actually start driving a kart. The United Kingdom is the country that has produced the highest number of Formula 1 drivers, with no fewer than 261. They are responsible for 307 wins, 290 pole positions, 251 fastest race laps, 725 podiums, 20 Drivers' world titles and 33 Constructors.

1975. The year in which the traditional use of the national flag to start a Formula 1 Grand Prix was replaced with traffic lights - at the time, going from red to green. The first time it was used was at the British Grand Prix at Silverstone, which was a crazy race that year, run in heavy rain with many retirements. The race was red flagged after 56 of the scheduled 67 laps and the winner was Emerson Fittipaldi in a McLaren.

38500. The number of people in the UK working in the motorsport industry. The turnover of this business, according to a 2019 survey is around five billion pounds sterling.

351000. The record number for the highest number of spectators over the three days of a race weekend was established in 2019. This figure takes into account the General Admission ticket holders and those seated in one of Silverstone's 28 grandstands. The organisers are hoping to beat the record this year.

In June 1947, Scuderia Ferrari made its maiden appearance at the Mille Miglia which was back on the calendar for the first time, having not been held during the war years. The gruelling race which went from Brescia to Rome and back again had never before provided such a stern challenge, given the pitiful state of Italian roads following the war. Enzo Ferrari entered a 125 S with enclosed bodywork, entrusting the driving as usual to Franco Cortese, paired with Adelmo Marchetti, an engineer who could also fill the role of mechanic for the Maranello marque. Unfortunately, the cylinder head gasket failed and the Ferrari had to retire not far from Fano. The win would eventually come the following year with the 166 C. In preparation, in the last week of June, Ferrari worked on rebuilding the car for the race at the Varese circuit on the 29th. There was strong opposition starting with Luigi Villoresi in a 2 litre Maserati, along with many entries in the 1100cc class, led by Vincenzo Auricchio in the tubular chassis Stanguellini. It was the latter who led from the start, but Cortese knew the track like the back of his hand, having already won here in 1938 and managed to pass Auricchio, who in a desperate bid to keep the lead, crashed into the straw bales. Cortese and the 125 S won once again, with Auricchio second, followed in third by Francesco Nissotti in another Stanguellini S1100.