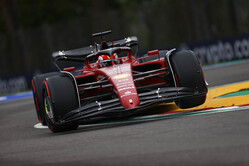 Ferrari's Mattia Binotto is concerned that the FIA may not appreciate the enormity of the task it faces in policing the cap.

Even before the budget cap had been introduced, our renowned Max Noble had been questioning how the teams would work around it, despite the best efforts of the FIA, which, it must be said, he also questioned from the outset.

Other than money being 'set aside' for 'other projects' and new companies being formed Max questioned just how adapt the FIA's accountants would be compared to the vast armies of experts employed by the likes of Mercedes.

In only its second season, teams are questioning the cap and are making various attempts to have it raised - one of the reasons we are only witnessing three Sprints this season - while - upgrades for the championship fight aside - the porpoising nightmare is leaving teams facing a nightmare in terms of just how the available monies should be spent, as is the ongoing weight problem.

Insisting that he has faith in the FIA, Ferrari boss, Mattia Binotto is concerned that the governing body may not appreciate the enormity of the task it faces in policing the cap.

"I fully trust the FIA," he insists, "but no doubt that it's a brand new regulation and as all the regulations, there is always a competitive advantage if you can try to read them in the proper ways.

"It doesn't mean that there are grey areas," he continues, "but it's the way that teams may understand or read or interpret the regulations themselves.

"So I think there is the need of a big effort from FIA to try to police. I think that in order in order to do that they need to reinforce the internal staff and the number of people that somehow are auditing and policing, because it's a key element.

"At the end, it's important that FIA put really the maximum effort into trying to understand the different assets of the different companies and teams, how they spend the money, how they justify the way they're spending it. And I think in that respect, it's a huge and difficult task.

"But we are trusting them," he insists. "I'm pretty sure that they will organise themselves to do it. But I think that further effort is required."

"There is always grey areas," admits Guenther Steiner, "but I think the FIA is putting a lot of effort and good work into it to be on top as much as possible.

"There's always grey areas but normally the grey areas they have discussed between the financial people.

"Nobody's trying to pull the wool over anybody's eyes," he adds. "You know, it's like one of those things; if you find grey area to exploit it, but I think there are not a lot of loopholes to do anything which wouldn't end up in being big penalties."

"The amount of work we do with the FIA, each team does with the FIA, on the cost cap, on the policing of that is immense," adds Jost Capito. "And I think there are a lot of discussions with the finance guys of the team with the FIA, how to still improve that.

"If a team identifies a grey area, I think there comes discussion comes up in that group. And it's just now we filed after the first year and, of course, it's such a complex system, it has to be further developed.

"I think there is a good cooperation within all the Finance Directors of the teams to develop it further. But it's a lot of work with the FIA too and that's... they police it pretty well."

"We are all aware that it's a sensible thing to do," adds Mike Krack. "But it is like with sporting and technical regs, you know, you read them carefully, and you'll see areas where you can explore more, if you call them grey or not. So if you go over the limit or not, you will be told like you do with technical and sporting as well."