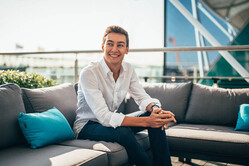 As has become tradition, Mercedes will unveil its latest F1 contender at Silverstone, this year's reveal taking place on Friday 18 February.

"Our 2022 contender will be named Mercedes-AMG F1 W13 E Performance, continuing the 'E Performance' technology label used on product names and badging for all new Mercedes-AMG hybrid cars," said the German team is a brief release.

However, while we might know the designation of the team's 2022 contender we do not yet have confirmation of the driver line-up, with Lewis Hamilton yet to reveal whether he will race this season.

It has been widely reported that the Briton, who has maintained a strict radio silence since Abu Dhabi, is basing his decision on whether he will race on the outcome of the FIA's investigation into the season finale, though the sport's governing body has announced that its findings will not be made public until the eve of the Bahrain Grand Prix.

What we do know is that the Brackley-based outfit, which scored an eighth successive constructors' title last year has George Russell on board, the Briton keen to pick up where he left off in Bahrain 2020.

Following the unveiling of the W13, the car will be put through its paces courtesy of a shakedown on the Northamptonshire track.

Mercedes is the fourth team to reveal its launch date. Of those that have announced their launches, Aston Martin reveals all on Thursday 10 February and McLaren the day after. Ferrari takes the wraps off on Thursday 17 February, followed by Mercedes the next day.