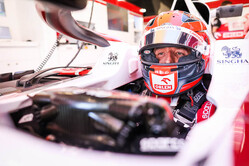 Alfa Romeo has announced that Robert Kubica will replace Kimi Raikkonen for the remainder of the Dutch GP weekend after the Finn tested positive for COVID.

Raikkonen is displaying no symptoms and is in good spirits according to the team, who add that he has entered isolation in his hotel.

The team has carried out an investigation for any close contacts and there is no further impact expected for the team for the remainder of this event.

Consequently, Robert Kubica, will compete in this weekend's Dutch Grand Prix, in car 88.

Kubica has been the reserve driver of Alfa Romeo since the start of the 2020 season and has driven the team's C41 in three practice sessions this year.

With 97 Formula One starts to his name and experience of the 2021 Formula One car, he will be "ready for action and to give his best for the team".

The news comes as McLaren boss, Zak Brown calls for an easing of the COVID restrictions in the F1 paddock.

It also follows Raikkonen's announcement that he is to retire at season end.

Check out our Saturday gallery from Zandvoort, here.