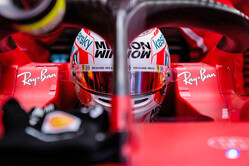 Mattia Binotto has revealed that Ferrari is planning a "significant" engine upgrade... but not until after Monza.

Though the Italian team continually insists that is not interested in the battle for third with McLaren, and is instead fully focussed on taking the fight to Red Bull and Mercedes, the 'best of the rest' tag is nothing to be sniffed at, and following the disaster that was 2020 would mark a significant breakthrough.

Mattia Binotto has revealed that while its rival manufacturers introduced new components for their power units at the start of the season, Ferrari only introduced a few new elements thereby leaving it the freedom to introduce the remainder later in the season.

Though he is unable to say exactly when the updates will be introduced, Binotto admits that it will be after Monza, which means that the new power unit issued to Charles Leclerc in Belgium or Italy - as a result of the crash in Hungary which left his engine beyond repair - will be to the 'old' spec.

"Just to clarify what the regulations are in 2021, you may have a brand new power unit," said Binotto. "It means that you may bring an update in all the components of the power unit, whatever it is ICE, turbo, MGU-H, batteries, MGU-K, etc.

"But what we did at the start of the season, we didn't complete the entire power unit," he revealed. "So there are still components which are the ones of last year. And we will bring an evolution of those ones. So, I think, that will be for us a significant step for the end of the season."

Currently level on points with McLaren, asked how he expects his team to perform at power tracks like Spa and Monza, he admitted: "It will be a difficult race for us, because we are seven-tenths short of the best and most of these tenths, at least 60%, comes from the engine.

"We lack this compared to the best and therefore we consider ourselves to be behind Mercedes and Honda to date.

"On a track like Belgium, if you look at our simulations, it's a track where the engine matters a lot and on a qualifying lap I think the difference will be significant."