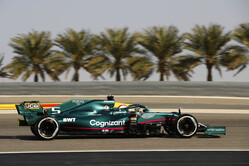 If there were two topics dominating the headlines as F1 left Bahrain, it was track limits and rake - and we're not referring to the excellent Australian TV series starring, Richard Roxburgh.

In recent years, rake has been associated with Red Bull who opted not to go with the crowd, however this season's regulation changes have led to claims that those teams running a higher rake are at a distinct advantage over those teams that aren't, with Toto Wolff claiming that the new regulation are a deliberate attempt to handicap Mercedes.

"We've probably suffered more with the change of regulations than the cars with the higher rake - and the Red Bull has followed that concept since many years," said Wolff recently. "So it's maybe more difficult for us to recover some of the lost downforce.

"I don't think the rake is the only singular effect that we may be suffering from these news tyres that we are racing in 2021," he added, "(however), our analyses have shown that higher rake concept has lost downforce than the lower rake and in the last year of these regulations we would be able to replicate the concept that Red Bull and some of the other teams have been racing.

"It's physically not possible," he admitted. "We couldn't run our suspensions and settings in the way that Red Bull does and so we need to do the best out of it and tune the car to what we have available."

Aston Martin, much like last year, has gone down the same route as Mercedes, and as it appears to suffer the consequences, the British outfit explains the role of rake in contemporary F1.

Rake is easily identifiable on an F1 car and refers to the ‘nose down, raised rear' look, the idea of a high-rake car being to generate more downforce from the floor and diffuser.

While the rake design has been a trend over the last decade, there's been a divergence in teams using a high-rake or low-rake design, with the latter focusing on generating more downforce from the floor. 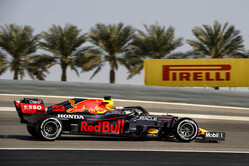 Aston Martin has carried the low-rake philosophy of last year into the current season and the revised ruleset has created challenges to overcome.

A low-rake design relies on the floor significantly and the change to the rules that require revisions to the rear of the floor around the rear tyres has created a knock-on effect impacting the AMR21.

As the Bahrain Grand Prix represented the first time in which the teams operated in conventional race conditions, the potential disparity of high and low-rake cars became more apparent.

"After analysing the data that the low-rake cars were hampered significantly more by the aero rake regulation change, we expected a tough race in Bahrain," admits Otmar Szafnauer. "But there are some positives to take out of it; when we're on the soft and the medium tyre we looked pretty competitive in the midfield, we overtook some of our competitors and were catching some of the others.

"We struggled a little bit on the hard tyre at the end, and we've got to understand that but," he adds, "in race conditions, we were a bit more competitive than we were over one lap in qualifying."

Comparisons to the 2020 season also show the impacts of the rule changes over the winter.

"Look at where we were three, four months ago here in Bahrain at the same track," he continues. "Now the tyres are a bit different and there's a significant difference in the regulation change and we finished 10th in a very different race."

While not an ideal start, the results of the Bahrain weekend have focused the mind and long-planned upgrades will be made with an eye on improving the AMR21's balance.

"We have to start looking for more downforce and it'll be rear downforce that we're looking to improve. With that comes better balance and being able to dial in more front wing will help, too."

On the face of it, a raise of the suspension would theoretically create a higher-rake car, but the regulations regarding homologation means teams cannot make significant changes to the suspension without development tokens.

"Hopefully, by the time we get to Portimao, we will improve the car a little bit more and we'll work hard at it," says Szafnauer. "I think a lot of the teams are a lot closer to Mercedes this year than they were last year, including Red Bull, McLaren and Ferrari. Look at the lap times and you can see that the field is much, much closer this year."

The relentless innovation and drive to improve is a cornerstone of F1 and it drives Aston Martin forward in pursuit of its goals in 2021. Development of the 2021 and 2022 cars is running in parallel, as is the case for most of the teams, but it will not detract from the push to improve the AMR21.

"We haven't and don't intend to give up on this year and we have found things in the windtunnel and in CFD, so we'll start bringing them to the track pretty soon," Szafnauer concludes.