Ferrari fires up the SF21 and reveals launch date(s) 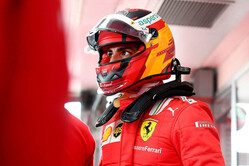 Ferrari has become the latest team to fire up its 2021 engine.

Coming off the back of its worst season since 1980, much is expected of the Maranello outfit this season.

While the 2020 car had its problems, it was not helped by the lack of grunt from the team's engine, as witnessed by the similar struggles of Haas and Alfa Romeo.

Despite the denials, the team appeared never to have recovered following the technical directive saga in late 2019, and the subsequent investigation by the FIA which was to raise far more questions than it answered.

The moments the SF1000 hit the track in pre-season testing it was clear there was a problem, but nobody expected things to be as bad as they were and even then it was anticipated that situation would improve.

While Sebastian Vettel had the mother of all lacklustre seasons, teammate Charles Leclerc gave his all, his performances continually belying the equipment at his disposal.

With Carlos Sainz joining the Monegasque this season, the Maranello outfit must take a significant step forward, and while it is not expected to challenge Mercedes, or even Red Bull, it must establish itself as 'best of the rest'.

This morning at 09:00 precisely, in the heart of the Gestione Sportiva, the first step in the team's hoped for resurgence was taken as the car was fired up for the first time.

Shortly before the fire-up, Mattia Binotto spoke to the entire team, the majority of whom were connected remotely by video and audio.

"Our 2021 season starts here", he said. "We can expect plenty of challenges along the way and we are determined to do better. The car has been improved in all areas where developments are permitted. We must work in a determined and focused way, aware of where we were and where we want to go."

The sound of the new power unit echoed around the assembly area for a few seconds with the minimum number of personnel involved, in accordance with working practices relating to the pandemic.

The team subsequently confirmed that this year's car and team launch will be staged over two on-line events on 26 February and 10 March.