Grosjean to remain in hospital until Tuesday 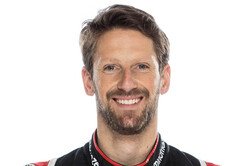 In its latest update, Haas reveals that Romain Grosjean is to remain in hospital until Tuesday.

"Romain is continuing his convalescence at the Bahrain Defence Force (BDF) hospital having remained there overnight following Sunday's incident at the Bahrain Grand Prix," said the team in a brief statement this morning.

"Treatment on the burns Grosjean sustained on the back of both his hands is going well.

"Grosjean was visited by Guenther Steiner, team principal of Haas F1 Team, on Monday and it is anticipated he will be discharged from the care of the hospital on Tuesday 1st December."