Racing Point to continue with appeal 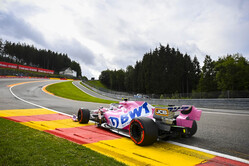 Otmar Szafnauer confirms that Racing Point is to press ahead with its appeal against the stewards decision on its brake ducts.

While it was understandable that Renault announced its intention to appeal the original decision, the French outfit likely to lose out to Racing Point's ever-improving performance, and having instigated the investigation in the first place, there were raised eyebrows when the team at the centre of the controversy announced its intention to appeal.

Since then, for whatever reason, Renault has opted to withdraw its appeal, however, Racing Point is to continue, feeling that the decision was unjust.

"We are definitely continuing," Otmar Szafnauer told reporters at Spa.

"As you know, Formula One is all about exploiting the rules to the edge," he continued. "That's what we did. We believe we were within the rules."

Fined 400,000 Euros, the Silverstone outfit was also docked 15 world championship point, though 14 of those were made up at the very next race, and now sits third in the standings.

The thinking behind the appeal, for the likes of Renault, Williams and McLaren, who all eventually opted not to pursue the matter, unlike Ferrari which appears to be continuing, wasn't so much about the fine or the points but rather the decision to allow Racing Point to continue using the 'illegal' components, prompting fears that the ruling was essentially rubber stamping a "copying championship".

Racing Point, on the other hand, is appealing the ruling because it insists that it has done nothing wrong.

It is unclear what Ferrari's stance on the issue is, though the Italian team - despite its on-track concerns - has been most vocal on the matter, and, in the eyes of many, needs all the help it can get as it begins to slide down the standings.