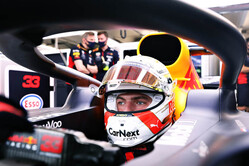 Following the triple-header of 2018, which saw the French, Austrian and British rounds held on consecutive weekends, the teams, drivers, media and even fans collectively sighed "never again".

However, the global pandemic has changed all that, and thus far triple headers have become the 'new normal', with the first two out of the way and now the third, involving the Belgian, Italian and Tuscany events just a few days away.

Aware that the sport needed to put together a schedule that involved as many races as possible, while accepting the need for triple-headers, Max Verstappen has warned that they must not become a regular feature moving forward.

"For the moment, it's fine," he said, "we had a long break before," he adds, referring to the three-and-a-half month wait between the ill-fated Australian Grand Prix and Austria.

"I don't see this happening... well hopefully, next year where you keep doing triple-headers. I think that's a bit too much," he admitted. "If you can make sure it's like two weekends in a row, I think that's okay. Having a break in between is fine.

"Of course we have to accept it at the moment," he agreed. "We need to get the races in, so we just try to do the best we can. I think we have three triple-headers in a row, but that's pretty much the limit I think.”

Last month, McLaren boss, Andreas Seidl, warned that triple-headers must not become the new standard for the sport.

"Given the special circumstances we are in this year, it's something we simply have to get through," he told Autosport. "But at the same time, this cannot be the new standard going forward also in future seasons.

"I don't think that the biggest challenge is actually the work we have to do out here at the track," he admitted. "It's tough work, but I think the biggest issue is being away from the families and the kids and so on, for each team member.

One fan of the intense schedule however is Williams driver, George Russell, who says it reminds him of his days in Karting.

“I'd go away with my mother and father every single weekend on a Friday night to circuits up and down the country, and it's reminiscent of those days," he said. "So the memories are flooding back.

"I think for me, I've been really enjoying it," he continued. "It allows you just to get in a groove... and we're doing what we love. It's incredible, getting to race around the best tracks in the world.

"I do feel for the teams, they are feeling it,” he admitted. “Even after the two British races, where they stayed in their own beds on Sunday night.

"It's going to be really tough on those guys where you've got a triple-header away from home, flying between all of the races. I'm loving it, but this is a team sport and I'm thinking of the guys and girls who are working daily at the moment."