Boris Johnson to the aid of Silverstone? 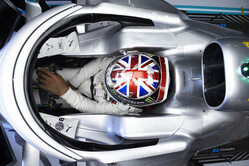 Silverstone's roller-coaster ride continues, for no sooner has circuit boss, Stuart Pringle said that the Northamptonshire venue is willing to accept an alternative slot on any revised calendar, than it is claimed that Prime Minister, Boris Johnson is now working to save the event.

No doubt seeking a distraction from his advisor's alleged comings and goings, Johnson is said to have called on ministers to find a solution that will enable the British Grand Prix to go ahead, the Times quoting him as saying "make F1 happen", echoing his (Dominic Cummings inspired) "get Brexit done" call ahead of last year's election.

Plans for a double-header were thrown into disarray last week when it was confirmed that from the beginning of next month all travellers arriving in the UK would be subject to a 14-day quarantine.

While it was initially claimed that there would be a number of exemptions to the rule, including members of the F1 community, this proved not to be the case and as a result the British Grand Prix was once again looking unlikely, with F1 bosses understood to be talking to a number of alternative venues including Hockenheim.

While the reports of Johnson getting involved will be well received by British race fans, with an eye on the ongoing saga regarding his advisor, Dominic Cummings, the PM is already under pressure.

Being seen as relenting to lobbying from F1 will not go down well with critics of the government who can already smell blood, a situation not helped by today's report from Professor Tim Spector of King's College London who claims that "people will have probably died prematurely" because of the decision to go ahead with the Cheltenham Festival and Liverpool's Champions League match against Atletico Madrid in the early days of the pandemic.