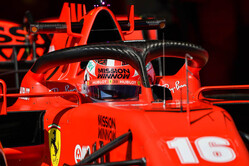 While it will not have anything like the impact of the double diffuser - that game-changing concept from the man who in his new role seems determined to stamp out such innovation - Mercedes dual axis steering has certainly caught the attention of rival teams.

However, as they wait to see the benefits of developing their own version of the system, there are two factors to be considered.

One is the cost of developing their own version of DAS, especially when it is already banned in 2021 and will therefore only be used in the latter stages of the current season.

Then there's the legality of the system, and with some teams already expressing doubts, there are fears that it could be protested come Melbourne.

Certainly, Ferrari, which knows a fair bit about technical directives, is to seek guidance from the FIA.

"We are not discussing with the FIA yet," said team boss, Mattia Binotto, "but we will do for clarification.

"It is important for us to understand but we will not challenge the FIA on their decision," he added.

"We know very little about it," admitted the team's sporting director, Laurent Mekies. "We expect that the FIA will be a lot more interested than us in dealing with it. We completely rely on the FIA to assess if the system is compliant or not."

Assuming that the system is declared legal, and Mercedes insists the FIA has known about it for some time, Binotto admits that his team could look to develop its own version, but that it would take time.

"It will certainly be longer than the first Grand Prix in Melbourne," he said. "It is a first-concept design, production, homologation, it has to be safe. If it is to be made it can't be before mid-season."