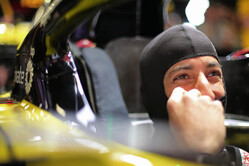 Court documents relating to the case involving Daniel Ricciardo and his former manager, shed light on the Australian's deal with Renault.

Though the Australian denies many of the claims made in the case, it gives some idea as to why Ricciardo is always smiling.

The documents relate to the case being heard in the High Court in London, in which the Australian's former manager, Glenn Beavis is claiming £10m in unpaid earnings, which relate to "various sums due in accordance with the commission agreed between the parties".

The case centres on Beavis' claim for commission on Ricciardo's contract with Renault, which he claims he should receive, whereas Ricciardo disputes this claiming that his contract didn't entitle him to commission and even if it did, he wouldn't be due it as the Australian - or rather his father - came up with the idea of switching to Renault.

According to the documents lodged by Beavis' lawyers Lewis Silkin LLP, "in November 2017, the Claimant introduced a deal (that was subsequently entered into by Whitedunes/DR) relating to around eight hours of media work to be carried out by DR at the Baku Formula One circuit in Azerbaijan", Whitedunes being Whitedunes International Holdings Limited, the first defendant in the case, which is registered in the British Virgin Islands and wholly owned by Ricciardo.

"The value of this deal was €100,000," state documents, " and, in lieu of the Commission due, the Claimant accepted from Whitedunes and/or DR a rare Rolex Sea Dweller wrist watch with a list price of around €15,000 but a market value of approximately double that amount."

The defence documents confirm that "it is admitted that Mr Ricciardo bought Mr Beavis a Rolex wrist watch. This was a gift from Mr Ricciardo to Mr Beavis".

According to the Particulars of Claim: "In mid-2017, ahead of the driving contracts between RBR and both Whitedunes and DR coming to an end, Mr. Beavis approached Renault regarding a possible switch by DR from RBR to Renault (after the expiry of the RBR contracts) and introduced the possibility of such a switch to Whitedunes and/or DR.

"Mr. Beavis had a strong prior relationship with Mr. Cyril Abiteboul, Managing Director of Renault, which he was able to, and did, leverage to DR's advantage in pursuing this opportunity. The discussions and negotiations between Mr. Beavis and Renault continued throughout 2017 and into 2018, culminating in heads of terms being agreed between Whitedunes and Renault on 2 August 2018. The heads of terms referred to a value very substantially in excess of the value of the existing driving contracts with RBR."

It is subsequently stated that "Sivana Dubai invoiced for and was paid for all such services, pursuant to the 2015 Agreement."

Referring to the Renault contract, the Particulars of Claim states that: "The value of the Renault Contract includes at least:

(ii) the payment of the cost of DR's documentation and/or licence required by the FIA to enable DR to compete in the Formula One Championship, worth approximately US$ 500,000;

(iii) the provision of a Renault road car for personal use by DR over the term, with the costs of insurance, road tax and maintenance to be borne by Renault, estimated to be worth US$ 30,000; and

(iv) payment of the cost of a physiotherapist and medical expenses for DR up to an amount of £100,000 for the 2019 Formula One Championship season;

(vi) a season-end bonus of up to US$ 10 million, conditional on the overall performance of DR in the F1 Championship on completion of each F1 Championship Season during the term (a "Future Contingent Sum");

(vii) a one-off bonus of US$ 1 million for the first Grand Prix in the F1 Championship won by DR during the term (another Future Contingent Sum); and

(viii) the provision of the winning car (excluding engine and gearbox) at end of the season in which that win occurs worth €2,000,000 (another Future Contingent Sum).

According to the defence documents:

(2) As to paragraph 28(ii), it is admitted that the contract covers the cost of Mr Ricciardo's FIA super licence. It is denied that such costs had the values alleged.

(3) As to paragraph 28(iii), it is admitted that the contract included provision of a car. It is denied that the car and associated costs were worth the value alleged.

(5) As to paragraph 28(v), it is denied that the right referred to is unusual, and it is further denied that such a right is worth the value alleged.

(8) As to paragraph 28(viii), it is admitted that to mark Mr Ricciardo's First Win (as defined), he would be able to keep the winner car (excluding engine and gearbox). Sivana Dubai is put to strict proof as to the value alleged."

The Particulars of Claim then stat that "Prior to the Revised Agreement terminating on 31 March 2019, Mr. Beavis had introduced to DR, and was actively negotiating, three further commercial opportunities for the benefit of Whitedunes and/or DR (the "Further Commercial Opportunities").

Other than Ricciardo becoming a global brand ambassador for Zero electric motorcycles and a brand ambassador for Huawei products, the third "commercial opportunity, which relates to the Netflix documentary, Drive to Survive, involved "DR appearing in a film about Formula One, which film would feature DR alongside other Formula One drivers. The film was to be made by Box2Box Productions and filmed over the 2019 British Grand Prix Weekend. Mr. Beavis negotiated, on behalf of Whitedunes and/or DR, an appearance fee of US$150,000 and 5% of the producers' profits for the film".

"It is denied that Sivana Dubai had any entitlement to commission in respect of any such matters," state the defence papers. "Section D of this Defence above is repeated. Further and in any event, none of the matters referred to have completed, so no commission would be due even on the terms of the alleged Revised Agreement. Sivana Dubai were informed of the same by letter dated 30 May 2019."