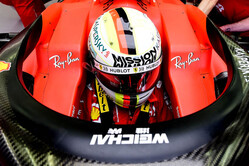 It was recently revealed that Lewis Hamilton is the highest-earning driver in the history of F1, the Briton pocketing an estimated £370.8m ($489m) since entering the sport in 2007.

However, in terms of the prize money earned for their teams, a new report reveals that of the current drivers, Sebastian Vettel has been the biggest money-spinner.

In 2013, it was revealed that a further 7.5% of the sport's underlying profits are handed to the top three teams based on the number of races they won in the four seasons prior to 2012, the year this particular bonus - known as the Constructors’ Championship Bonus (CCB) - was introduced. It comes to around £76.9m ($100m) each year.

No matter how the teams performed, this bonus is guaranteed and is split between Ferrari, McLaren and Red Bull, the most successful team over the course of those four seasons. Indeed, the Austrian outfit receives £28.4m ($37m) each year courtesy of the CCB, while McLaren receives $25.3m ($33m) and Ferrari £23m ($30m)

However, let's not forget that the Maranello outfit, which has contested 975 of the 1,000 Grands Prix that have comprises the Formula One World Championship since its inauguration in 1950, also receives an annual pay-out (historic bonus) of 5% of the sport's underlying profit which works out at around £47.8m ($62.2m).

Like the CCB money this is paid no matter the team's on-track performance.

While the teams receive these various bonuses, only the core prize money payment - the 47.5% of the sport's underlying profit - relates to performance, in terms of the number of points earned which in turn decides their position in the Constructors' Championship.

In its analysis of driver earnings for their teams, Forbes has looked at the percentage of points earned for each team by its two drivers, with a number of factors determining the final picture. Other than a team's success in scoring more points than its rivals, there is the dominance of one driver over his teammate, not forgetting career length.

Now, before the doubting Thomases start firing off their emails, let's point out a few things.

First off the figures relate to the drivers lining up on the 2019 grid, and are based on prize money earnings up to the end of the 2018 season.

While Lewis Hamilton entered F1 a season before Vettel, and has five titles to the German's four, let's not forget 2007, when McLaren was excluded from the championship standings - and thereby the prize money - as a result of Spygate.

Furthermore, and at a time driver preference is very much in the headlines as far as Vettel is concerned, the German has only lost out to a teammate in one season, 2014, when partnered by Daniel Ricciardo.

Hamilton however, was over-shadowed by Jenson Button in 2011 at McLaren, while in 2016 he lost out to Mercedes teammate, Nico Rosberg.

However, Vettel's peak was way back in 2008 at Toro Rosso, when he scored 89.7% of the Faenza outfit's points, in a year in which he also gave the Italian team its first - and thus far only - win. In comparison, Hamilton's best season was in 2009 at McLaren, when he accounted for 69% of the Woking outfit's tally.

As Forbes points out, the value of experience is seen in the performance of Nico Hulkenberg who is the highest-ranked non championship-winning driver".

Though yet to make it to the podium, Hulkenberg has been in F1 since 2010 and, crucially, usually out-performs his teammates.

And while Kimi Raikkonen is still raking in the points, the Finn, now driving for Alfa Romeo, took a two year sabbatical from F1 in 2010 and 2011.