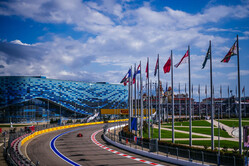 It wouldn't be F1 unless those involved were busy fighting among themselves, fighting for their own self-interest while trampling on the interests of others.

While it is well-known that the teams cannot even agree on mundane things like what water to serve at meetings, so too there appears to be a difference of opinion between the race promoters.

While the majority of the 21 current race promoters will meet with Formula One Management this week, 5 didn't attend yesterday's meeting of FOPA (the Formula One Promoters Association).

Amidst rumours of a 'break away' promoters group involving the five 'stay aways', one promoter played down the idea, insisting that "Monaco always sit on the fence", "Baku (is a) strong supporter of FOPA" and "the Chinese never show up or take a position for there is no one who could take a position without going up through eleven layers of policy makers".

However, one promoter linked, along with Abu Dhabi, Bahrain and Japan, with the 'break away' group is that in Sochi, and it therefore comes as no surprise to see that Sergey Vorobyev, deputy general director of Sochi F1 promoter Rosgonki, was among the first to distance his event from the FOPA statement whilst taking issue with it.

"The statement is fairly toothless," he says, according to Autosport, "because all the issues indicated there, in this statement, they are being resolved one way or another in the current format of communication with Liberty.

"It was at the initiative of Liberty that all the promoters gathered in London, specifically to discuss common matters with the participation of Liberty Media," he adds. "I do not see the need for a separate assembly of some promoters. I do not share the position of the current chairman of the FOPA Association, Stuart Pringle. In his comments - public comments for the media - he has very frequently made personal criticisms of Liberty's leadership and our whole common sport. I don't believe this approach to be constructive, and therefore we, along with several other grands prix - and I am sure there will be more of us in the coming days, weeks and months - are not members of FOPA."

Among the issues raised in the FOPA statement is the revenue sharing deal on offer to Miami - should it happen - as opposed to the standard hosting fee applicable to current hosts.

"If you look at the calendar of the current season, it does not have the Grand Prix of Miami, so what's the point of having theoretical conversations about how things could be, now or in 2020?" argues Vorobyev. "First you would need to look into the actual Miami GP agreements. And if the Miami promoters, our partners and friends, have some special provisions, that would be a great reason to discuss further improvement of contractual conditions (for other races). But at the moment it is absolutely pointless to discuss this. To worry about it makes no sense, because the Miami GP is not on F1's calendar."

However, with a view to the fact that FOPA originally came about - under the direction of Australian GP boss, the late Ron Walker - because race organisers were concerned at the impact the hybrid formula would have on race attendances, Vorobyev admits that the sport does need an overhaul of its rules.

"Like all the participants in the process, we do not have a clear understanding of what Formula 1 will look like from 2021," he said. "But personally, I really believe in Ross Brown and his managerial and engineering skills.

"My personal opinion is that Formula 1 should become more real. There should be fewer rules and less stewards' influence on the race. Formula 1 engines can become less hybrid, less environmentally friendly. F1 should somewhat return to more pure, tougher races.

"But I do not know yet whether Liberty and the FIA and the teams share this position. In the coming days I am sure we will have the opportunity to discuss this."

Fact is, at a time the majority race promoters are publicly voicing their unease, and reports in the United States suggest that Liberty is looking to sell F1 - or at least find a substantial new investor - agreement on the whole post-2020 package appears to be as far away as it was this time last year, which is probably why rumours such as those that appeared over the weekend are being given credibility.

Of course, the situation isn't helped by the fact that the sport lost its communications boss over the Christmas break.