The mystery of the 180,000 disappearing race fans 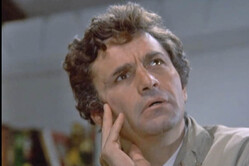 In December 2017, Formula One Management revealed to Pitpass that a "systematic error" had led to a number of mistakes in the initial press release concerning that season's race attendance figures.

Whereas the core data contained was fine, it was the percentages in terms of increases (and decreases) that contained a number of errors.

For example, whereas FOM claimed a 41.38% increase year-on-year for the Austrian Grand Prix, the correct increase was 70.59%. Similarly, while Malaysia showed a 19.69% drop year-on-year, the correct figure was 24.51%.

The biggest error was Azerbaijan, where FOM claimed a 58.01% increase whereas it should have been an impressive 138.17% - albeit the attendance claimed by FOM was more than four times the figure disclosed by the race organiser

As we said, the core figures were correct, it was merely the math - in terms of the percentages that were wrong in all but two cases.

FOM subsequently reissued the press release with the correct details, all the figures laid out in helpful table form.

This time around there was no helpful, see-at-a-glance table, instead the figures were presented in a form which in some cases appeared to compare apples with oranges, the wording making it difficult - but not entirely impossible - to extrapolate some of the core data.

The 2017 press release stated that crowd numbers, which were "provided by the promoters of each Grand Prix", and showed that the Canadian Grand Prix was attended by 360,000 spectators, a 20% increase on the 300,000 that attended in 2016.

Curiously, the Canadian Grand Prix, which receives around £10.9m ($18.7m CAD) of public money each year, is one of the few events on the calendar which doesn't publicly release attendance data.

In 2015, Octane Racing Group, which organises the Grand Prix, revealed that 93,273 spectators attended the event for a total of 244,374 admissions - the 93,273 relates to the actual number of spectators while the second figure is reached by counting them each time they attend over the course of the weekend. According to F1, this figure improved over the next two years.

As we said, the 2017 release from FOM stated that attendance in Montreal was up 20% on 2016's 300,000, thereby giving it the highest attendance of all 20 races, the results based on "official figures, provided by the promoters of each Grand Prix."

"Fantastic!" you say, however, according to the release the Montreal event is not one of the seven that saw an attendance of more than 200,000, and rather than showing a decrease on 2017 claims an increase of 11.4%.

Though the 2018 release doesn't mention specific revisions, the carefully worded statement does reveal "adjustments made to certain 2017 attendance figures subsequent to the release of last year's attendance results".

An F1 spokesperson subsequently confirmed to Forbes that this referred to the Canadian Grand Prix, admitting that "we have made some adjustments to certain 2017 attendance figures subsequent to the release of last year's results in order to give more accurate figures. Promoters have been made aware of those adjustments".

The spokesman, when asked why the 2017 Montreal attendance had been adjusted from 360,000 to (at most) 179,533, declined to give any further information, while Octane Racing Group did not respond to a request for comment.

Consequently, it is unclear why the original figure was higher that it should have been or what triggered the retrospective adjustment. According to Forbes, there is no suggestion that this has been driven by a change in the measurement system as the evidence shows that it has remained the same.

For both 2017 and 2018, the attendance figures used by FOM match those released by the various organisers, who appear to arrive at their figures based on the number of tickets sold. It wouldn't be consistent for FOM to do this for some races but then use a different methodology for others.

However, while FOM states that the 2017 figures were "provided by the promoters of each Grand Prix", no such claim is made in the 2018 release. However, even if it estimated the 2018 attendance in Montreal, this doesn't explain the retrospective adjustment of the 2017 figure which it says came from the organisers.

If nothing else, the uncertainty over the actual numbers that attended the Montreal event, in light of the adjustment, could provide ammunition for those who object to public money being used to help finance the race.

After all, unlike most sporting event hosts, F1 race organisers do not get a slice of the income from broadcasting the event, advertising at the venue or even corporate hospitality, which heads straight to the F1 coffers, leaving said organisers with just the income from ticket sales and whatever funding they can secure from their government.

Over the course of the ten-year deal, which was extended last year by five years to 2029, this brings the total to £109.7m ($187.1m CAD), £10.9m ($18.7m CAD) of public money every year which the government seeks to recoup via taxes on the spending by spectators during the event.

According to national newspaper The Globe and Mail, the 2015 Canadian Grand Prix economic impact study "pegs the event's contribution to Canada's gross domestic product at $42.4-million, about half the previous estimates".

If the attendance in subsequent years was actually lower than that figure released by F1, the economic impact could be even lower than anyone thought.