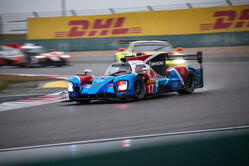 Former Williams driver Sergey Sirotkin will join the SMP Racing team in the FIA World Endurance Championship and will drive the number 17 car in the final three races of the 2018–19 WEC Super Season, including the 24 Hours of Le Mans. His teammate will be Egor Orudzhev and Stephane Sarrazin.

"I am very glad that I have the honour of defending the colours of the Russian flag on the Russian prototype as part of the Russian SMP Racing team in the World Endurance Championship," said Sirotkin. "We have outstanding line-ups and excellent cars, with which, I am sure, we will be able to fight for the win, including the 24 Hours of Le Mans."

Sirotkin was dropped by Williams after just one season, replaced by Robert Kubica.

While the Russian hardly set the world alight during the course of 2018, like teammate Lance Stroll, he was at the wheel of arguably the worst car Williams has fielded in living memory.

Though Stroll earned more points than the Russian, Sirotkin had the edge in qualifying, out-performing his Canadian teammate 13-8.