Marko: We lost faith in Renault 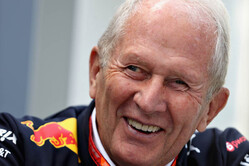 While most of us would agree to disagree and seek to go our separate ways hopefully in search of a new beginning, Red Bull simply cannot help itself in terms of sniping at its former partner Renault.

Having stolen the French team's thunder in disclosing that Daniel Ricciardo was leaving before the French outfit had even had a chance to prepare itself in readiness to announce his signing, the Austrian team then embarked on a few historic disclosures clearly aimed at those others who have annoyed it over the years.

Now, having all but suggested that Daniel Ricciardo did the dirty and misled the team over his intentions for 2019 and beyond, Helmut Marko has taken the opportunity to take a further swipe at Renault, the manufacturer with which Red Bull won four titles and is still winning races.

At a time many remain unconvinced that Honda has finally 'cracked it', Marko claims the Japanese manufacturer is on the cusp of great success and that its research and development resources are such that "nobody can keep up with".

"With Toro Rosso everything is working perfectly," Marko told Austria's Servus TV. "Next year Honda will make a much bigger effort. They have a development centre in Sakura which nobody can keep up with.

"The Japanese have a different culture and a different way of working," he continued. "You learn that over time.

"Our approach with Honda is different to McLaren's. They were telling them how they wanted the engine to be built, we just say, 'build the fastest engine possible for us, then we will try to fit it into the chassis'. We don't have any demands, we discuss everything together."

Turning his attention to Renault, he said that though the French manufacturer was the driving force behind the implementation of the hybrid formula it had never "come to grips" with it, certainly in the manner of Mercedes or even Ferrari.

"Renault was always making predictions that we were going to be competitive the next year, but it never happened," said the Austrian. "We lost faith in Renault.

"Honda is a partner who is committed, has the financial and technical resources and we are the number one team for them," he added.

"The performance of Toro Rosso is showing that they are clearly making progress," he insisted. "I am sure that next year we are going to be far ahead of Renault."