Vandoorne: Worst Friday of my career 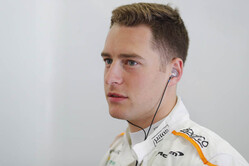 At the end of a difficult day, Stoffel Vandoorne branded Friday the worst of his entire racing career.

As McLaren tested a number of new parts, suffering various issues along the way, both drivers admitted that their only hope of a decent grid position is if it rains.

Vandoorne's running in the morning was limited to just 14 laps, while in the afternoon he completed 34. Nonetheless, in both sessions he was last on the timesheets, and his best lap was over 0.6s off teammate Fernando Alonso's pace.

"This morning we did a lot of aero tests, new parts on the car," he continued. "We tried to understand the things we have a bit better.

"This afternoon again a difficult session. We again saw some problems with the car similar to the ones we had at Silverstone.

"Right now there's a bit of a question how we can get the car back to a normal condition," he admitted. "It's the same situation as in Silverstone. We don't understand how to get the car to work. We have to find a solution.

"It's impossible the gap to Alonso is six tenths," he sighed. "I was last by far...

"We can see we've got big problems but we don't know how to get the car in a normal condition," he admitted. "There's a lot of investigations to do tonight. It's clear that for tomorrow we'll probable change a lot of parts on the car to try and understand how to put the car back into a normal condition.