Renault would back budget cap 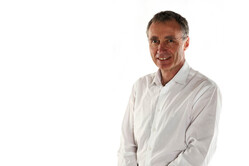 While much of the talk relating to the battle that lies ahead for Liberty Media in its attempt to re-shape F1 highlights Ferrari and Mercedes, it should not be forgotten that over the years Renault has also rarely flinched from throwing its political weight around.

The driving force behind the move to a Hybrid formula, be it as an engine manufacturer or constructor the French outfit has never flinched from voicing its opinion, even if at times this has resulted in a subsequent U-turn.

As McLaren and Red Bull urge Liberty (and the FIA) not to flinch from the bitter fight ahead, be it the new engine rules or proposals for the redistribution of the prize pot, Renault has now thrown its weight behind calls for a budget cap.

"Renault is in favour of a reduction in the amount of money it costs to go Formula One racing and be successful," says the French outfit's technical boss, Bob Bell. "At the minute the disparity in cost between the teams, income and expenditure, is huge. It shouldn't cost as much as it does to be successful.

"We need to find ways to pull costs down and level the playing field," he adds. "We're absolutely behind any initiative like that, if that's a cost cap then we'll be up for that. If it's a revision to the rules to make it cost less we'd be up for that as well.

"I can't imagine there's anyone out there who voluntarily would want to sign up to spending more money.

"Realistically the sport needs to get itself to a point where any team on the grid can sustain its financial situation, that it can survive and not keep losing money. You take a team like Force India, they've been kept alive in recent years by Vijay putting in money. Manor, for example, only survived because the owner was putting money into it.

"It needs to be at a place where all the teams on the grid can be self-sufficient with the income they are able to generate. That's where it needs to be."

Having left the sport in the aftermath of Crash-gate, Renault returned to F1 as a constructor in 2016, having bought Lotus which in a previous incarnation was... Renault.

From the outset, admitting that the factory and its facilities had fallen into disrepair the French team began investing in a bid to bring everything up to date while also increasing its workforce, a move that saw it attempting to poach employees from rival teams (and the FIA). Ironically, a budget cap would almost certainly mean having to shed many of these new recruits, though Bell disputes this.

"Our team is being managed for the very top in a very sensible way," he insists. "I suppose one way to look at it is to say we were sixth in the championship last year, we need to get ourselves into a position where we can comfortably maintain fourth place in the championship. If you look at a team like Force India, they've been able to achieve that, so we ought to be able to do that same job with roughly similar resources. That's clear.

"I think until we can do that and demonstrate to Renault in particular that we're capable of achieving that then they are not going to start writing cheques for a lot more people and resources. We have to prove ourselves at every step of the way. Once we've done that, then we can start having a discussion about what's it going to take to move into the top three and take on Mercedes, Ferrari and Red Bull, because they are another league again in terms of resources.

"Then that's another step to take and another discussion on resources. The beauty of that is if the world of Formula One changes and there are cost caps and suddenly everything downsizes, it will come to us, it's not that we'll have to come back down again, hopefully, so we are trying to judge that sensibly."