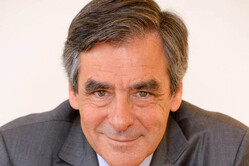 Francois Fillon, seemingly a shoo-in for the presidency in this year's French election, has been appointed president of the FIA's Manufacturers Committee.

At first glance this would seem a sensible move, for Fillon, a native of Sarthe, is a keen motorsport fan and has attended the Le Mans 24-Hour race since he was a kid. Indeed, his brother Pierre is President of the Automobile Club de l'Ouest which organises the classic event.

In his role as President of the Manufacturers Committee, Fillon is charged with negotiating the new Concorde Agreement intended to bind Formula One from 2021.

However, Fillon's Presidential bid fell apart following a number of political scandals, not least the so-called 'Penelopegate' which followed revelations that he paid his wife an alleged 831,000 euros over the course of 15 years for her role as his assistant - though this was said to involve little or no work - with his children being paid a further 84,000 euros.

With his unpopularity reflected in the opinion polls and every day seemingly bringing fresh accusations and subsequent denials, the former Prime Minister found himself eliminated in the first round of voting having previously seemed set to win.

Though continuing to deny the allegations, in June this year he admitted that he did not have the legitimacy to lead his party in the legislative elections and subsequently stood down.

Nonetheless, the investigations into the payments to his wife and children continue, courtesy of by France's equivalent of the Serious Fraud Office, the Parquet National Financier (PNF).

And yet he is appointed to oversee the new Concorde Agreement, while preliminary investigations are underway into the current Concorde Agreement by the PNF and their counterparts on this side of the Channel. They are focusing on a $5m payment to the FIA and a 1 percent stake it received in F1 which, following the sale of the sport to Liberty Media, netted it around $46 million.

Interestingly, Fillon, who had previously served on the FIA Senate, had at one time been mooted as a successor to Jean Todt who was recently 're-elected' for a third term as FIA President.