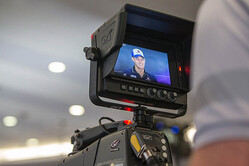 German broadcaster RTL has extended its deal with FOM which will see practice, qualifying and race coverage free-to-air for a further three years.

The move comes at a time when race fans in the UK, have one more year of free-to-air coverage of all sessions at (ten) selected events, before all live coverage moves to a subscription based model with Sky Sports. At present, it is unclear what is planned in terms of highlights for those without Sky or unwilling to pay for coverage.

Other than a break between 1989 and 1990, RTL has broadcast F1 in Germany since 1984, with peak viewership coming during the heady days of Michael Schumacher.

In a further move, following Niki Lauda's decision to give up his role as pundit, Nico Rosberg and Timo Glock will join RTL's broadcast team.

"Germany is one of the most important countries for Formula 1," said Ian Holmes, FOM's Director of Media Rights, "where motorsport has deep roots, and RTL Television has been a fantastic and loyal partner for many years.

"The extension of the agreement comes as a natural consequence of such a strong and mutually fruitful relationship and will guarantee that our fans in Germany will continue to watch Grands Prix on free TV.

"The agreement is part of our strategy that aims to increase and strengthen television coverage on a worldwide basis, whilst tailoring it to the characteristics of each TV market."

"I'm very pleased that as a free-to-air TV station we were able to secure one of the most attractive sports-rights packages out there in such a bitterly contested market," added Frank Hoffman, Managing Director of Programs at RTL Television 1.

"We now want to take this long-running success story that we share with Formula 1 and make it into an exciting future project. The new owners have now entered into a new and exciting era together with us and all of our experience, know-how and innovative power will be at their side."