Thanks, but no thanks 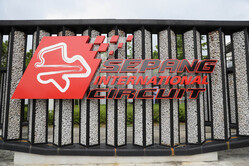 Organisers of the Malaysia Grand Prix have made it clear that despite hopes F1 might return to the country, it wouldn't be welcome, even if it was given for free.

"When we first hosted the F1 it was a big deal," tweeted sports minister Khairy Jamaluddin a year ago. "First in Asia outside Japan. Now so many venues. No first mover advantage. Not a novelty.

"F1 ticket sales declining, TV viewership down," he added. "Foreign visitors down because can choose Singapore, China, Middle East. Returns are not as big.

His sentiments were echoed by Razlan Razali, chief executive at the Sepang International Circuit, who said: "Maybe it will do Malaysia good to take a break," he said. "I think the product is no longer exciting, it's being dominated by one team."

A year later, and as the sport prepares for the final Malaysia Grand Prix, an event that first entered the calendar in 1999, Razali's opinion has hardened.

"Even if we got the greatest of deals, to do it for free for example, what's the product?" he told Reuters.

"I myself am not able to sit in front of the television and watch from Lap 1 until whatever lap for two hours. It's hard to sell this kind of event and to get bums on the seat. It's not worth the investment at the moment."

Indeed, while Lewis Hamilton inevitably talked of "the amazing crowd", claiming "this is the best crowd I've ever seen", the reality is a little different.

"I'd call the grandstand opposite half empty," reported Mat Coch from the circuit during qualifying. "Basically nobody from Mercedes back towards the final corner on the bottom.

"There are a few up the top, but there are lots of empty seats in there," he added. "Mercedes, Red Bull and Ferrari have reserved sections in front of their garages. Even they're not full."

While the sport talks of Super Bowls and a possible global fan base of 556 million, Razali accuses the sport's owners of not doing enough, certainly in terms of the product - the actual racing - on offer.

"Fans engagement, yes. What they have done off-track, it's great," he admitted, "but what triggers for someone to buy tickets to come to the circuit? It's the product, the sport, not because of the activation they have done.

"What changes have you seen that makes it any more exciting than in the Bernie days, in terms of the sport, in terms of racing, what have they done?"

"This year’s ticket sales is very positive compared with other years," said Razali. "With the price of tickets reduced to as low as RM47.58 (£8.50), we hope to achieve the targeted sales."