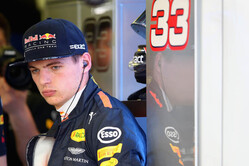 Like Honda, Renault built an all-new engine and recovery system for the 2017 season. Furthermore, like Honda, said new unit has suffered a number of reliability issues.

Consequently, following pre-season testing, and with little time in which to introduce the necessary solutions, Renault has opted to resort to using the 2016 MGH-K on all its engines for this weekend, including those supplied to customer teams Red Bull and Toro Rosso, who both suffered MGU-K related issues in Spain.

"There were only ten days between the end of the second test and the race in Melbourne," Renault's technical director for engines, Remi Taffin told Autosport, "so we had no choice but to do this."

With the engine redesign, it was not merely a case of 'lumping on' the old MGU-K, indeed modifications had to be carried out to ensure the old units fitted. Though the French manufacturer is working to resolve the issues with the 2017 unit it is understood the fix will not be ready until the upgraded power unit is introduced at the start of the European season.

"The next time we can go for a second MGU-K is around race five or six, the normal introduction," said Taffin, referring to Spain or Monaco. "I guess that will be where we will look at that.

"It's added some weight," he admitted, "so it's a few kilograms on top of what we thought we would be running."