Mercedes to reveal 2017 contender at Silverstone 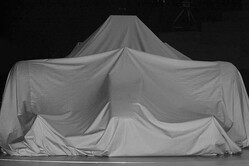 Mercedes has become the second team to confirm the launch date of its 2017 contender.

The German team, which is looking to continue its winning run of three drivers' and constructors' titles, is to follow Ferrari's example and unveil the car at a pre-season promotional filming day.

Indeed, the Brackley-based outfit will get the jump on its Maranello rival as it is to take the wraps off the W08 a day earlier, revealing the latest Silver Arrow at Silverstone on February 23.

With glitzy launches a thing of the past, most teams are expected to reveal all ahead of the opening test in Barcelona - which gets underway on February 27 - taking advantage of the regulations which allow them to use a couple of days for promotional filming. That way, ahead of the official test, any significant issues, particularly in light of the new regulations, can be quickly spotted as the car completes its initial shakedown laps.

While the German team might have revealed its unveiling date it has yet to confirm who will partner Lewis Hamilton following Nico Rosberg's shock retirement.