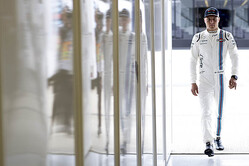 A couple of reliable media outlets are claiming that Valtteri Bottas visited Mercedes Brackley HQ before the Christmas holiday, thereby suggesting that the Finn is poised to partner Lewis Hamilton next season.

While nothing is being said by any of those involved, Bottas is said to have tried the cockpit of the team's 2017 contender and held initial talks with the engineers scheduled to work on the second car - assuming they aren't moved to Hamilton's in the meantime.

If true, the visit would appear to confirm that Williams has found a replacement for the Finn, the most likely scenario being that Felipe Masa will come out of retirement after just five weeks.

Certainly, Pascal Wehrlein's hopes of promotion to Mercedes look to be dashed, the German having admitted that he still needs to work on his off-track performance while revealing that the reason he was snubbed by Force India was essentially because he didn't gel with the team.

Only a day ago, Motorsport.com quoted Bottas as saying that the 2017 cars feel a lot faster, especially in corners.

"It is quite a lot faster in the corners, I like it," he is quoted as saying. "Higher corner speeds are always nice, and more traction, grip and downforce is good. It comes with less speed on the straights, but it doesn't really matter... it feels okay."

One can only assume he was talking about the Mercedes.