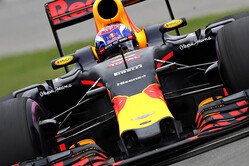 Max Verstappen insists he will not change his driving style despite rule clarification.

Though today's clarification of how drivers may defend their position under braking have come about largely due to some of his own more questionable moves, Max Verstappen insists he will not change his driving style.

In the wake of numerous incidents in recent races, the latest coming two weeks ago at Suzuka, drivers have made clear their unease at Max Verstappen's tactic of changing direction under braking in an attempt to defend his position.

After a number of drivers expressed their concern at the tactic at Friday evening’s briefing, today Charlie Whiting issued a directive making clear that "any change of direction under braking which results in another driver having to take evasive action will be considered abnormal and hence potentially dangerous to other drivers" will be reported to the race stewards and could result in a time penalty or even disqualification.

However, following today's qualifying session, in which he finished fourth, when asked if the ruling will cause him to change his driving style, the Dutch youngster was adamant. "No, I don't think so," he told reporters.

"I think it's good that they make it more clear to everyone what is allowed and what's not," he continued. "Let's see how it's going to turn out. I think it's a positive thing that they put a rule on it... maybe they can get past now.

"If so many people are complaining it's not a surprise, let's put it like that," he shrugged. "To be honest I haven't really thought about it yet, what I should do or what I would do. I'm just going to race and then we'll see how it's going to be with overtaking and how people are defending.

"If that's the right approach I don't know, but at the end of the day it's the same for everyone so we'll have to deal with it. I think it makes Formula One a lot more interesting, instead of just getting by with DRS or driving by in an easy overtake. But that's not up to me. Probably it will lead to more passes. If it's positive passing I don't know, that's what we'll have to ask the fans at one point."

"In the ten years that I have been in Formula One, there's been the same rule that all us drivers understand and it is only newcomers who have come in and potentially not abided by that," said Lewis Hamilton in response to the clarification. "It is about the respect that we have for one another. We're travelling at serious speeds. You commit to your defence but you don't do it while braking. I think it's great that Charlie has understood the majority of drivers' opinions.

"The rules have to be very strict and clear because if they say you are allowed to move under braking, everyone would do it and we will all start a new way of driving which is dangerous," he concluded.