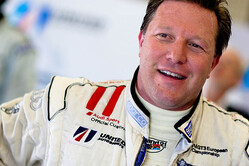 Marketing guru Zak Brown has quit his role as CEO at CSM Sport & Entertainment and looks likely to take new role in F1.

"I feel privileged to have been part of an extraordinary team during my tenure," said Brown in a brief statement. "I'm satisfied that we have achieved what I set out to do, from the successful integration of JMI into CSM through to preparing a strong business for a successful future.

"I would like to thank both Chris Satterthwaite and CSM Chairman Lord Coe for their invaluable support and commitment, without which these accomplishments and many more would not have been possible. I will take this experience forward to my next chapter in the arena I know best, motorsport."

The move comes weeks after Liberty Media began the process of buying F1 and Brown's admission that he is to take his "experience forward to the next chapter in the arena he knows best, motorsport", strongly suggests that the American is about to jump on board with John Malone, Chase Carey and Greg Maffei at the F1 Group.

Brown has a long association with motor sport and particularly F1, his own company Just Marketing International (JMI), which brought numerous high profile sponsors to the sport, having been bought by CSM in 2013.

A racer, whose career took in Toyota Atlantics, F3, ALMS and numerous others, as recently as 2013 Brown was contesting the British GT Championship in a McLaren MP4-12C GT3 with United Autosports, the team he founded in 2009 with British racer Richard Dean.

While Brown has agreed to continue his involvement with CSM as Chairman of the Global Advisory Board and Non-Executive Chairman of its motorsport arm, JMI, it is the possibility of him heading to F1 that is causing the buzz.

A critic of the direction the sport has taken in recent years, Brown welcomed the news of Liberty Media's purchase of F1 with open arms.

"If you had to write down a list of who you would want to buy Formula One, Liberty would be top of that list," he told Reuters following news of the deal. "They've sold it to a strategic buyer as opposed to another financial buyer. So they will be making decisions that are strategic-led, what's best for the growth of the sport and the fans and the sponsors."

In the last couple of years the group has quietly built an impressive stable of companies including news websites, merchandise and even model making companies and despite the fact that the industry is notorious for its failure to make money, the group's main website has recruited some of the biggest hitters as writers and contributors… all under the watching eye of Bernie Ecclestone and before talk of Liberty Media first emerged.