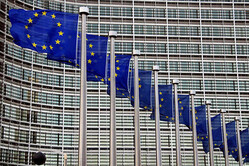 It is little more than two weeks since Liberty Media announced its plan to take over Formula One from the investment fund CVC yet the deal is already facing perhaps its biggest roadblock according to an article in the Daily Telegraph by Christian Sylt.

It has emerged that a senior politician has written to the head of Europe's anti-competition authority calling for an investigation into the £3.3 billion sale due to an alleged conflict of interest.

The politician is Anneliese Dodds, the member of the European Parliament for the south east of England, and her name will be familiar to regular Pitpass readers. That is because she has been looking into allegations of anti-competition in F1 for two years since the collapse of Marussia and Caterham which were both based in her constituency. Her letters to Margrethe Vestager, the European Commissioner for Competition, fuelled a formal complaint to the European Commission (EC) last year from Force India and Sauber.

Their gripe is that F1's prize money and decision-making bodies are biased towards the top performers whereas the concern with the sale is that there is a risk of bias from the sport's governing body the FIA. It is understood that the EC recently wrote to key F1 stakeholders in what is seen as a pre-cursor to an investigation following the teams' complaint. Now it has even more reason to put F1 under the microscope which is the last thing Liberty needs as the EC's approval is required for the sale to go ahead.

The allegation of bias from the FIA has been driven by its 1% stake in F1's parent company Delta Topco along with the fact that the federation needs to give its written consent in order for the sale to get the green light. When Liberty announced its plan to buy F1 it made it clear that the deal is not done yet. Liberty released an investment presentation saying that finalising the deal depends on "(i) anti-trust approval, (ii) Liberty Media Corporation shareholder vote and (iii) certain third party consents, including approval of FIA (F1 governing body)."

If the FIA gives this approval it stands to make a £32.7 million profit on the sale of its 1% stake in Delta Topco which it bought for the bargain-basement price of £283,000 in 2013. The 1% is now worth £33 million and the share transfer authorisation shows that it can only be sold when CVC sells its shares which is precisely when the FIA's approval is needed. The investment presentation confirms that the FIA is indeed expected to sell up as Liberty "has agreed to acquire all outstanding shares of Delta Topco."

In a letter, seen by Pitpass, which was sent to Vestager on 20 September, Dodds says "it appears that the conditions of the share transfer means that the FIA can only sell the shares when Formula 1 is sold as a whole by the owners, CVC Capital Partners. The FIA has a duty to ensure the new owners of Formula One adhere to a 'fit and proper persons test' before they approve a sale of the sport. Given that they can only cash their £33m shares if they approve a sale, it appears a clear conflict of interest has arisen from their actions."

The letter adds "I would also like your assurance that this very clear conflict of interest will be properly scrutinised before any deal is sanctioned - especially if the deal is sanctioned on the merits of the FIA being satisfied with the sale."

Summing up the problem, Dodds says "it is unacceptable that a regulator of any industry should be allowed to benefit financially from sanctioning the sale of one of the companies it regulates."

The FIA's consent is required to ensure that F1 doesn't fall into the wrong hands and there is no suggestion that Liberty would not fit the bill. Nevertheless, the reward for cashing in the 1% stake could be an incentive for the FIA to approve a buyer and this fuels the risk of bias even if there actually isn't any.

As sports lawyer Charles Braithwaite says, "if the FIA approves the sale, people may question whether the approval was driven by the desire to get the multi-million sale proceeds from the sale of its share; despite the fact that the FIA is the governing body and regulator of Formula One and so one would expect it to be independent and to act in the interests of the sport rather than its own interests. Hence the potential conflict of interest; and despite the FIA's own Code of Ethics requiring all FIA Parties (which includes the FIA itself) to endeavour to avoid any conflict of interest (Article 2.4)."

Tim Owen QC, a public and criminal lawyer at London's Matrix chambers, adds that "no regulator exercising quasi-judicial powers can have a financial interest in the very subject matter it is supposed to be regulating as an independent, unbiased body...Once a financial or proprietary interest is established, the risk of bias is presumed."

The difficulty for the FIA is compounded by an agreement it made with the EC in 2001 following a previous anti-competition investigation into F1. The EC claimed that the FIA favoured F1 and released a statement in 2001 saying that it had closed the file after "the FIA agreed to modify its rules to bring them into line with EU law...The modifications introduced by FIA will ensure that: - The role of FIA will be limited to that of a sports regulator, with no commercial conflicts of interest...To prevent conflicts of interest, FIA has sold all its rights in the FIA Formula One World Championship."