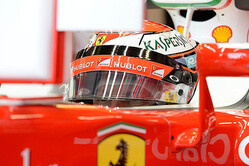 Maurizio Arrivabene: It's fair to say that we drove an aggressive race today! Kimi's move on Hamilton to pass him on track shows that he's not a world champion by chance. Considering the distance to cover to the end of the race, and tire degradation, it made sense to call him to box one more time to cover Mercedes' strategy. As for Seb, it's a shame that he was so penalized by his starting position, but he drove a fantastic race, supported by perfect strategy. There are six more races to the end of the season, and all of them will be important.

Kimi Raikkonen: It was a good and solid race, the car was behaving well and we had a pretty good speed. Obviously it was very difficult to overtake, but at one point Hamilton made a mistake and I managed to pass him, then after the pit stop he got the position back. We lost the place there, I don't know how and why they managed to jump us, and I don't know what would have happened if we would have stayed out. Now we have to go through everything, see what happened and what we could have done better. Today we gained one place from the starting position, but of course this is not the result we are looking for, we are trying to be in position to win, but we need to make the car a bit faster.

Sebastian Vettel: We sure had a good strategy today, also we had the chance to make a big progress with a safety car, but it didn't come, so P5 is a very good result. Thanks to the team, I had been a bit down after qualifying yesterday. What nobody wanted to happen has happened, so we had to deal with it and move on. My start was not good, then there was the accident so I took it a bit easy; most important, the car was still intact, but after the restart it was tricky to get the tires working, I was on the primes, I lost quite a lot of time behind the Sauber, it was quite tough to get past, but then it was important to survive until we fitted the last set of Ultrasofts at the end, where we really could unfold the pace. In the last laps we had a big gap from the front and from the back, so I took it easy. I know patience is not a quality of the Ferraristi, it's not a quality of mine either, we are here to win and we're not satisfied until it happens, but we're progressing step by step and one day I think it will pay off. I believe in the team, and I believe that in the future it will be better.