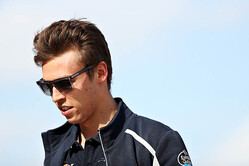 There is no disputing that since losing his seat at Red Bull to Max Verstappen, Daniil Kvyat has appeared a shadow of his former self.

Whilst there have been issues with the car, even some bad luck, the fact is the likeable Russian driver has lost his mojo.

Toro Rosso boss, Franz Tost, is confident that if the 22-year-old can get the right result, it will boost his self-belief and confidence and put him back on track, and thereby retain his seat for 2017.

"I personally hope he will race with us because I am convinced that sooner or later he will show his real performance and he will come back with his speed," the Austrian told Autosport.

Referring to the Russian's lack of confidence, never more noticeable than in Germany when, after being knocked out in Q1, he needed more than the three week summer break to sort himself out, Tost said: "I can understand it because it was a big rotation coming from Red Bull back to Toro Rosso.

"But on the other side Red Bull, which is the only company in the world which has two Formula 1 teams, gave him the possibility to stay in Formula 1 and continue racing, and he should see this from the positive side.

"He needs a good result to get his confidence back," admitted the Austrian. "He did a very good race (in Germany), though in qualifying he was a little bit unlucky in the first corner, risked a little bit too much, came off the brakes and lost three tenths. That was why he didn't make it into Q2. But his sector two and sector three times were very, very competitive.

"I just hope that at the next races he gets everything together, and we can provide him with a competitive, fast car. Once he has a good result the confidence will come back.

"We know Daniil can do a very good job, he won the GP3 championship, he won many races there, and he was on the podium in China. It cannot be he lost his driving abilities within a few months."