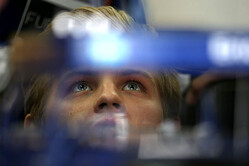 Marcus Ericsson will undergo further tests on Sunday morning before being given clearance to race.

Following the Swede's high impact crash during FP3 today, having undergone an initial examination at the circuit's medical centre he was taken by ambulance to Oxford Hospital for further precautionary tests.

By 16:00 he was back in the Silverstone paddock, taking to social media to assure fans that he was OK and to thank those who had looked after him.

"Back in the paddock after checks on the hospital," he tweeted. "Everything looks ok, just a bit sore. Thx for all the messages."

In a subsequent tweet he wrote: "Thanks to all the medics on Silverstone and Oxford hospital for their kindness and professional assistance."

While the Sauber crew worked to repair his car, the stewards gave Ericsson preliminary clearance to start the race though this is subject to a further medical examination.

“It was obviously a huge accident," said the Swede, a masterpiece of understatement. "I went a bit too wide on the kerb in Turn 15 and touched the grass, which was a bit wet. I lost the car and this was followed by a big impact with the barriers.

"I went to the medical centre, but, because of the impact, they wanted to send me to hospital. Many check-ups have been done and things are looking good. I am feeling a bit sore, but everything else is ok.

"It is obviously disappointing that I was not able to participate in qualifying, but the most important is that I am alright. I apologise to my car crew that I have caused them a lot of work."